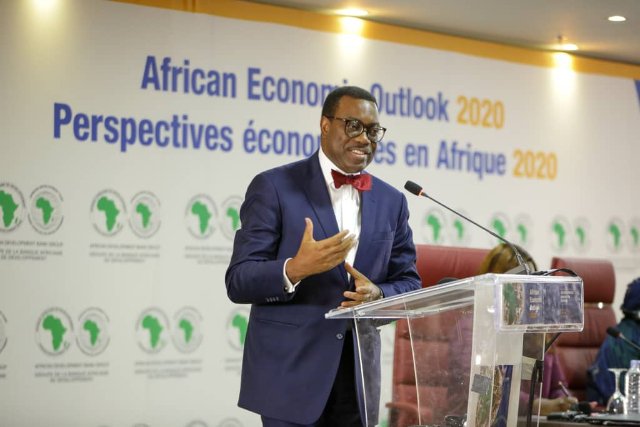 The plan, which has received the approval of the board of directors of the bank, is expected to provide 20 million farmers with improved seeds and fertilisers, as well as other farm inputs.

The plan is to help farmers produce 38 million tonnes of food, worth $12 billion, annually.

The President of the AfDB, Dr Akinwumi A. Adesina, disclosed this at a press conference in Accra yesterday.

The media interaction was to open the 2022 Annual Meetings of the AfDB, being held in Accra from yesterday, May 23 to Friday, May 27, this year.

He said the Russian/Ukraine conflict had led to new challenges for Africa, especially in terms of high energy prices, high fertiliser prices and the disruption of food imports.

“With about 30 million tonnes of food imports, especially wheat and maize, that will not be coming from Russia and Ukraine, Africa faces a looming food crisis,” the AfDB President stated.

He said it was for that reason that the AfDB had stepped up to the new challenge to ensure that Africa did not experience the looming food crisis.

“Africa does not need bowls in hand; Africa needs seeds in the ground. Africa should not be begging for food; Africa must produce its own food. There is no dignity in begging for food,” he said.

“That is why the AfDB Group, with support from the African Union Commission, developed and launched the $1.5 billion Africa Emergency Food Production Plan,” he stated.

Dr Adesina said the group was confident that the plan would help avoid a looming food crisis because it was based on the incredibly successful work of the AfDB through its High Five on Feed Africa.

“The bank has also been implementing a very successful programme: Technologies for African Agricultural Transformation (TAAT), which is getting agricultural technologies to farmers at scale,” he noted.

Sharing some of the achievements of the TAAT, the AfDB President said it had been able to deliver climate smart seeds to 12 million farmers in 27 countries in just two years.

“The drought was severe, but farmers secured their food supply with the water efficient maize varieties,” he said.

“In The Sudan, TAAT financed the provision of 65,000 tonnes of heat tolerant wheat varieties. That is, seeds enough to fill 665 Airbus 380 aircraft, the largest passenger airplanes.

“Sudanese farmers grew on 317,000 hectares, and in just two years, Sudan reduced its wheat import by 50 per cent,” he pointed out.

Commenting on the theme for this year’s annual meetings: ‘Achieving Climate Resilience and a Just Energy Transition’, Dr Adesina said climate change was an ever-present existential threat to Africa.

He said climate change was killing African economies, pointing out that annually, the continent lost between $7 billion and $15 billion due to climate change, with the figure expected to rise to $50 billion a year by 2040.

AfDB President said while the continent accounted for just four per cent of the global greenhouse gas emissions, it was short-changed by climate financing.

He noted that Africa’s financing needs to address climate change ranged between $1.3 trillion and $1.6 trillion for 2020 to 2030.

“However, Africa is not getting enough resources to tackle climate change. Africa gets only three per cent of total global climate finance.

As per the Paris Agreement, he said, African countries were committed to reducing their carbon emissions, through energy transitions.

He said the continent had abundant renewable energy resources, including solar, hydro, wind and geothermal resources.

“However, Africa cannot rely only on renewables, due to their intermittency. Africa needs to combine renewables with natural gas to assure stability and security of energy and to improve access and affordability, as well as energy security,” the AfDB President said.

“It should be noted that even of Africa triples the use of gas for gas-to-power, it will contribute less than 0.67 per cent to global carbon emissions.