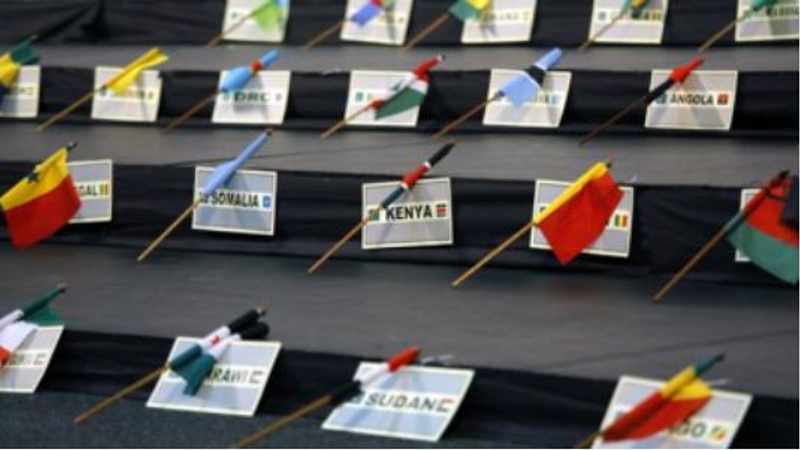 Modern Africa has come a long way. From slavery, colonialism, neocolonialism, the Bandung Conference, the Bretton Woods structural adjustment chokeholds, along with their inexhaustible debt relief and poverty alleviation schemes, right up to liberation struggle traumas, idealistic PanAfricanist dreams, dismal leadership and elite failures, and, most recently, health sovereignty challenges brought on by the Covid-19 crisis, it has been a dreadful era for Africans.

Yet, amid the travails, Africa resiliently keeps thriving. Nevertheless, every year, a sceptical and ritualistic question arises about whether to celebrate Africa Day. It is the annual commemoration of the foundation of the Organisation of African Unity (OAU) on May 25, 1963, in Addis Ababa, Ethiopia, hosted by Emperor Haile Selassie.

It was called African Freedom Day, to “mark each year the onward progress of the liberation movement, and to symbolise the determination of the people of Africa to free themselves from foreign domination and exploitation”. It is celebrated in many countries on the continent and worldwide. It was formerly known as African Freedom Day and African Liberation Day.

Later, on July 9, 2002, the OAU became the African Union, in Durban. The celebratory day has continued ever since. While I find such a question irritating, I also enjoy the due pressure it puts on Africans to constantly re-evaluate the gains of the liberation Struggle ideals many of our early compatriots fought for.

Africa Day celebrations deserve praise because they remind us of how far the continent and its people have come and the associated sense of pride, healing and dignity with a mixture of pain, joy, fear and hope.

So, the question is not whether Africa Day is worth celebrating but who, what, and how it should be done beyond cultural jamborees. In short, those who genuinely care about Africa and its future must celebrate and rejoice on this special day and do so in their own ways, peacefully.

The significance and celebration of Africa Day remind me of two notions. The first is the idea of the Afropocalypse. It is the dreadful chronicle of the tragic challenges of all things hellish facing Africans. It includes poverty, inequality, unemployment, and corruption.

It conjures the stereotypical image of a degenerated Africa falling apart and off the face of the Earth. There is a deep perception, rightly so, that the decolonisation of Africa is incomplete and that much is moving in reverse.

And that former colonial masters and new global powers like China may be holding the freedom and development of Africa hostage, with modern financial loans and highly indebted-based schemes.

Furthermore, the AU’s agenda to Silencing the Guns on the continent is failing as foreign powers keep fuelling conflicts in many regions of the continent by providing weapons to protagonists.

Child labour, the shameful and abominable practice of using children for the extraction of economies such as cocoa, coffee, mining and other natural resources, was discussed recently during the Child Labour Conference in Durban.

It will take time to eradicate it, given the immense unemployment, material inequality, and high poverty rates on the continent. Rising xenophobic, Afrophobic, patriarchal, and homophobic trends across the continent are also slowing the African unity agenda. While there has been steady progress in gender issues, women and the youth remain poorly integrated into economic growth activities.

Finally, Africa Day is more than just African unity and culinary celebrations. It should also be about assessing the state of the AU, the continental institution that embodies the ideals of Pan-Africanism.

In practice, Africans should celebrate Africa Day with caution. Over the years, many African leaders have betrayed the ideals of Kwame Nkrumah.

The AU remains bureaucratically slow, fragmented, silent and toothless on the burning issues of the continent. Known by many as the club of dictators, its poor reputation for dealing vigorously with the challenges of the continent is at stake.

Worse, the AU’s finances and operations depend heavily on foreign donor funding. This unacceptable situation cannot be justified on the grounds that Africa is poor and financially incapable of funding itself.

That’s not true, and it’s no freedom at all. But the institution’s poor reputation and foibles should not distract Africans from recognising the challenges to the Pan-Africanism ideals and celebrating its gains on Africa Day. Upholding the Pan-African ideal is not an easy task.

Even nations of the EU with more experience are struggling to hold on to their unity. Therefore, Africans must be realistic about freedom in unity.

My second notion, Afreedomia, is an expression I made up to capture the combined utopic idea of an African land fully free. In fact, the idea of Afreedomia is not as mythical as it sounds. There are already signs of success stories on the continent, which are poorly told.

The AU, for all its failures, remains the unique embodiment of the PanAfricanist ideal. While its successes are not yet visible, no other institution holds such a symbol of unity and identity on the continent.

Its most recent success story could be tagged to its visible role in public health during the Covid-19 crisis with a swift funding-driven strategy for vaccine procurement and other medical actions.

In January last year, it successfully spearheaded and launched the Africa Continental Free Trade Agreement to make cross-border trade and freedom of movement of goods and people among nations possible and more effective on the continent.

The AU negotiating a silent presence in many crisis-prone African nations must be lauded in areas of counter-terrorism in order to maintain peace and security. In truth, much of Africa is more at peace today than it was 60 years ago, around the so-called independence days.

These are a few significant achievements to recognise and appreciate in the face of the enormous challenges the continent faces. Africa Day is indeed envisioned as a constructive expression to affirm some improvements on a continent with great potential for sound investments, and sustainable development with an estimated “population of 1.25 billion, with the fastest urbanising continent and a growth rate of more than 2.6%.”

As former South African president Nelson Mandela said in his autobiography, A Long Walk to Freedom, Africans must work relentlessly toward African unity.

Today, our surest liberation hope resides in the actionable, the ideal of freedom, and celebrating Africa Day is worth it. Afreedomia ahoy!

* Kouakou is an Africa analyst and senior research fellow at The Centre of Africa-China at the University of Johannesburg.