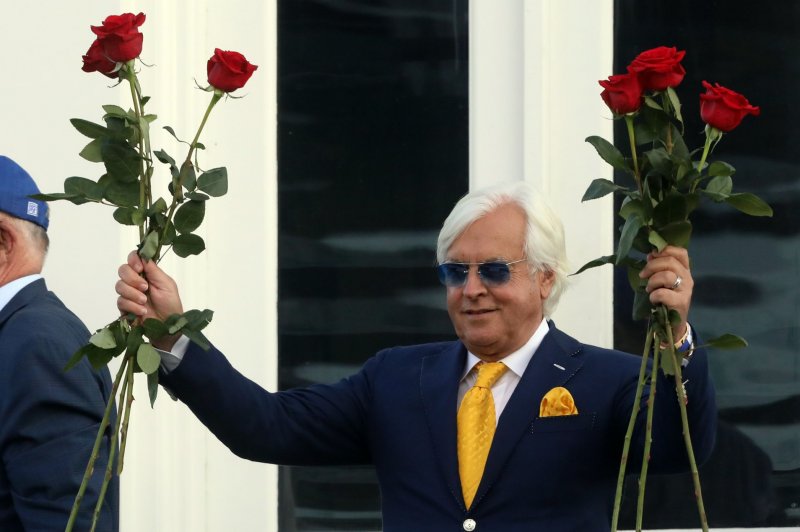 April 11 (UPI) — Trainer Bob Baffert, who led Medina Spirit to a 2021 Kentucky Derby win that was stripped because of a banned drug, is ineligible for the 2022 Preakness Stakes, the Maryland Racing Commission said Monday.

Baffert and his legal representatives did not immediately respond to a request for comment.

The suspension announcement Monday came in a letter commission executive director J. Michael Hopkins sent to several animal rights groups that requested Baffert’s ban from the Preakness on May 21 at Pimlico Race Course in Baltimore.

In February, Baffert and Medina Spirit were stripped of their Derby victory, and second-place Mandaloun was declared the winner.

The late thoroughbred tested positive for 21 picograms of the steroid betamethasone through a post-race sample. That amount of the drug is double the legal threshold allowed in Kentucky racing.

Medina Spirit died during a workout Dec. 6 at Santa Anita Park in Arcadia, Calif. A necropsy revealed no definitive cause for the 3-year-old’s death, but cited a possible heart attack.

The Center for Humane Economy, Animal Wellness Action and the Animal Wellness Foundation wrote Friday to the Maryland Racing Commission to request the suspension based on Baffert’s bans in other states.

Hopkins responded to that request Monday and cited Maryland Division of Labor guidelines, which state that the commission relies on “reciprocity regulation.”

“As such, Mr. Baffert will not be eligible to participate in the Preakness Stakes,” Hopkins wrote.

Baffert has been barred from participating in the 2022 Kentucky Derby and Belmont Stakes, the other two legs of the Triple Crown, for drug violations in the 2021 Derby and at other races.

The Derby is scheduled for May 6 at Churchill Downs in Louisville, Ky. The Belmont will be held June 11 at Belmont Park in Elmont, N.Y.

The New York Racing Association announced in May that its decision to suspend Baffert from its events, including those at Belmont Park, took into account that “other horse trained by Mr. Baffert have failed drug tests in the recent past.”

In June, Churchill Downs suspended Baffert from Kentucky Derby competitions for the next two years.