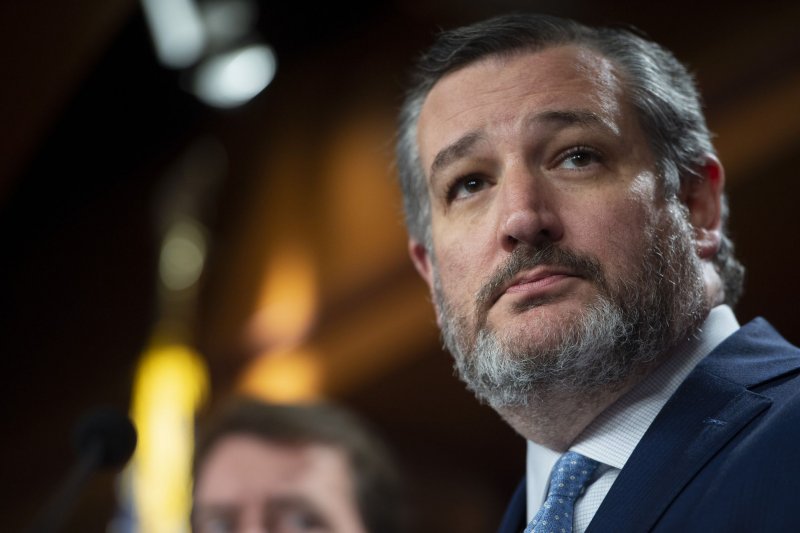 Sen. Ted Cruz speaks during a press conference on the Iran Nuclear Deal at the U.S. Capitol in Washington, D.C., on March 9. File Photo by Bonnie Cash/UPI | License Photo

April 2 (UPI) — Federal agents have arrested a military veteran in Washington after he threatened to shoot Sen. Ted Cruz, R-Texas, in nonsensical voicemails that appear to mention the COVID-19 vaccine.

Eric Kikkert was arrested by federal agents after he allegedly left a series of emails and voicemails for the Texas senator threatening to “put a gun” in his face, according to court documents signed by the FBI field office in Seattle. His arrest was first reported by the Daily Beast.

The investigation started March 8 when U.S. Capitol Police received a copy of an email Kikkert allegedly sent in which he said he would “assume the role of acting president of the United States” and other “nonsensical statements,” according to the criminal complaint.

A special agent with the Capitol Police called Kikkert to interview him about his comments, who told the investigator that he planned to visit the White House but “denied any intent to harm anyone.”

Investigators also interviewed his mother who said he has mental illness but refuses to take medication, but she has never seen him act violently.

Just two days later, the U.S. Secret Service encountered Kikkert at a hotel in Washington, D.C., according to the criminal complaint. Details about the incident were not revealed.

Kikkert emailed the Capitol Police on March 13 and made further incoherent statements about an alleged kidnapping plot. He then left a voicemail with the law enforcement agency on March 18 indicating that he intended to form a militia to “enforce the constitution myself.”

That day, Kikkert also allegedly posted to Facebook that he was seeking a pistol and a 12-gauge shotgun “and perhaps one of those AR-15s you’re talking about” despite being a convicted felon and prohibited from purchasing firearms, according to the criminal complaint.

His mother also shared with investigators text messages Kikkert had sent in which he expressed an interest in obtaining body armor.

Kikkert then allegedly called the Cruz’s office on March 21 and demanded that the senator answer his questions “by giving me a call or at the end of a rifle.” He later left more voicemails forwarded by Cruz’s office in which Kikkert allegedly identified himself by name in which he made his threatening comments.

In one of his calls, Kikkert allegedly reached a live person and told them he wanted to ask Cruz some questions “before I shove a rifle in his face and kill him.”