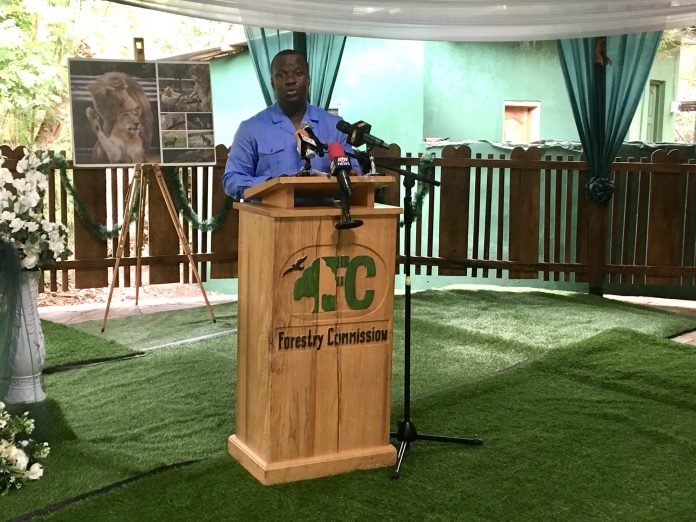 Accra, Dec. 09, GNA — Mr Samuel Abu Jinapor, Minister of Lands and Natural Resources, says the Accra Zoo is safe for use and has urged Ghanaians and foreigners to patronise the facility.

He said the Zoo was safe because of the enhanced security features put in place and upgraded facilities made after the temporal closure of the Zoo.

“After touring the Zoo, I am satisfied that the security measures will go a long way to keep this Zoo safe. Let us patronise the Zoo because nature brings us a lot of benefits,” he said.

The Minister made the comments on Friday at the official reopening of the Zoo and inspection of the Lions’ enclosure, in Accra.

He said all animals in the wild were protected by Law, as such, their capture, hunt or keep either as a pet or a private Zoo required permit from the Forestry Commission.

Mr Jinapor said the Government was fully committed to the preservation and efficient management of Ghana’s natural resources and Zoos.

He added that his outfit would continue to adopt measures and strategies to protect Ghana’s wildlife resources for current and future generations.

Mr John Allotey, Chief Executive, Forestry Commission, said since the closure of the Accra Zoo on Tuesday, August 30, 2022, the Commission had worked “tirelessly” to improve security and facilities at the Zoo.

These improvements, he said, included the installation of electricity power supply to the Zoo, installation of Close Circuit Television Cameras (CCTV) and camera traps at the Zoo, and especially the lions’ enclosure to detect the movement of objects and persons within the area and enhance surveillance.

He said they had mounted security check points close to the lions’ enclosure for constant monitoring; enhancement of the enclosure to be more robust with the addition of a five-metre high third outer perimeter security fence.

Mr Allotey said they had provided directional signages to allow visitors to know their bearings at the Zoo; constructed new receptive facilities and improved existing washroom facilities for the comfort of visitors.

He said the Commission had renovated old and dilapidated animal cages and put in place a tagging system for all visitors to the Zoo.

A yet-to-be identified middle-aged man was on Sunday, August 28, 2022, allegedly killed by a lion at the Accra Zoo in the Achimota forest after he had allegedly sneaked and jumped into the den of the lions at about 1230 hours.

Guards at the Zoo found the lifeless body of the man when they sent food to the lions.

This led to the temporary closure of the facility on Tuesday, August 30, 2022 to allow for investigations.