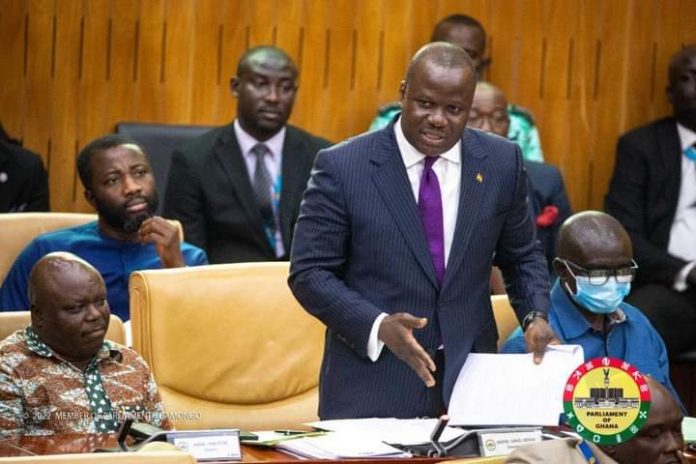 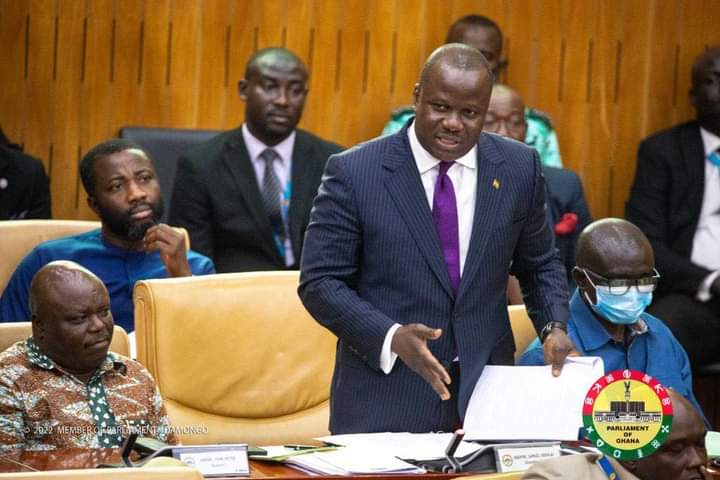 The Minister for Lands and Natural Resources, and Member of Parliament for Damongo Constituency, Samuel Abu Jinapor, has hit hard at the Minority Caucus in Parliament for invoking a censure motion on parochial and partisan interests.

He said censure motions are very serious parliamentary business, and are to be invoked in very serious cases that borders on the integrity of Ministers of State.

The Minister was contributing to the debate on a motion to censure the Finance Minister, Ken Ofori-Atta.

The motion, which was filed by the Minority Caucus in Parliament, alleged, among others, that the Finance Minister had engaged in conflict interest, and had made unconstitutional withdrawals from the Consolidated Fund.

After the initial debate on the motion, the Speaker referred it to an eight-member committee to investigate the allegations and report to plenary.

The Committee presented its report on Thursday, 8th December, 2022, paving way for the final debate on the motion.

Contributing to the motion, Mr. Jinapor said censure motions were developed by the UK Parliament to replace impeachment proceedings against the executive, which was deemed cumbersome.

He said they were to be adopted only in the most grievous cases, as it leads to a Minister losing his office.

He said even though censure motions in the UK are used to remove Ministers, they are seldom used.

Referring to the practice in the United States, he said although the US Constitution allows Senate to censure its own members, since the American Constitution was adopted in 1789, the practice has been used only nine (9) times.

According to Mr. Jinapor, the allegations contained in the Minority’s censure motion do not meet the litmus test for censure motions.

Citing the case of Okudzeto Ablakwa v Obetsebi Lamptey, he said the Constitution has assigned the power to investigate allegations of conflict of interest to the Commission on Human Rights and Administrative Justice (CHRAJ).

He queried how allegations of conflict of interest, which has already been investigated by CHRAJ, could form a basis for a censure motion.

He said he was not surprised that the Committee established by the Speaker found that allegation as unmeritorious and asked the Finance Minister not to comment on same.

Touching on the other grounds, Mr. Jinapor said the Committee that investigated the allegations made no adverse findings against Mr. Ofori-Atta.

He called on the Minority not to set a bad precedent with the motion, which will eventually affect the efficient functioning of Government in future.

After the debate, the Majority Caucus walked out and did not take part in the voting. The motion was eventually lost after it failed to meet the required two-third threshold for a vote of censure to be passed.