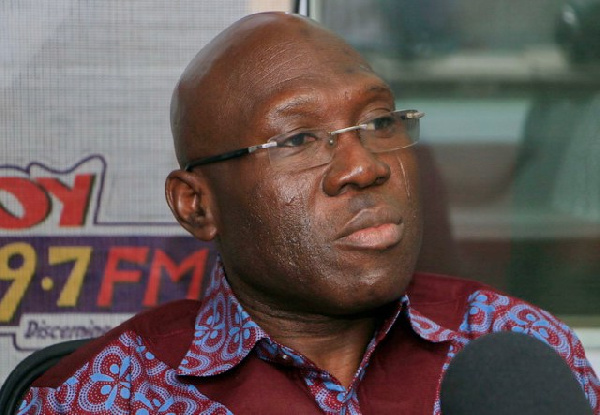 The Former Member of Parliament for Tamale Central, Inusah Fuseini says the censure motion against the Finance Minister will keep other Ministers on their toes.

According to him, even though the censure motion against Ken Ofori-Atta failed to meet the required number of votes to succeed, it will still make Ministers know they can be hauled before Parliament through a censure motion.

He made this known on Joy FM’s Top Story on Thursday.

On November 10, 2022, the Minority Caucus in Parliament moved a motion calling for a vote of censure on the Finance Minister and accused him of economic mismanagement.

The Speaker subsequently referred the motion to an eight-member Adhoc Committee for a review.

The Committee after its hearing presented its report to the House last week. The report was admitted by the House in Parliament on Thursday before the debate and subsequent vote on the censure motion.

Meanwhile, the Minority in Parliament did not succeed in their attempt to remove Ken Ofori-Atta from office.

The censure motion against Finance Minister failed to meet the number of votes required to succeed.

Only the Minority members were present to vote. All 136 Minority MPs took part in the secret vote to pass the censure motion.

The Majority members walked out minutes before the voting commenced.

By walking out, the Majority denied the House the quorum to vote on the report presented by the 8-member Ad-hoc Committee.

The Majority Leader, Osei Kyei-Mensah-Bonsu, who led the walkout during the debate, explained that his side cannot be a part of the process.

According to him, the censure motion filed by the Minority to oust the Finance Minister is borne out of bad faith, adding that it only seeks to embarrass Mr. Ofori-Atta.

“…. Like Pontius Pilate, we will wash our hands off this,” he said.