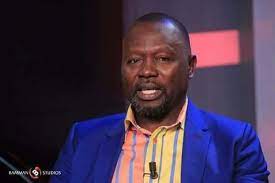 Seconding the Motion of Censure against the Finance on Thursday on the floor of Parliament, he said although Mr Ofori-Atta was exempted from some allegations levelled against him, evidence discovered during the Committee hearing was enough for the Minister to be removed.

Dr Ayine Akuritinga, the National Democratic Congress Member of Parliament (MP) for Bolgatanga East, therefore called for a secret ballot to determine the fate of the finance minister.

The Motion was moved by Mr Kobina Tahir Hammond, a Co-chair of the Committee.

The eight-member Ad-Hoc committee presented its report to Parliament on Friday, November 25, 2022.

He told Parliament that “no findings or recommendations were made against the Finance Minister,” he said.

The debate centred on whether the House should vote to remove Mr Ofori-Atta from office or not.

The Minority Caucus has however called on the NPP MPs to join forces with them to remove Mr Ofori-Atta from office.