Accra Hearts of Oak Sporting Club, commonly referred to as Hearts of Oak or just Hearts, is a professional sports club based in Accra (Greater Accra), Ghana.

Former Ghana U-20 defender, Samuel Inkoom has joined reigning Ghana Premier League champions Accra Hearts of Oak. Since he started playing with the best club in Ghana, his performance has been top notch regardless of his age.

Former Basel defender, Samuel Inkoom shined with an assist in Hearts of Oak’s 2-0 win over their junior side in a friendly match today at the Pobiman Training Complex.

Inkoom turned to take center stage and played a pivotal part in firing the Rainbows to victory.

The Black Stars right-back won a penalty which was calmly converted by ex-Samartex forward, Benjamin Yorke.

He also helped put the game beyond doubt, assisting Obeng Junior to score the second goal

The team will face the Black Galaxies in a friendly on Sunday at the Accra Sports Stadium as they prepare to maintain their good run when the BetPawa Premier League resumes.

They will play against their players, Dennis Korsah, Awako, Suraj Seidu, and Daniel Afriyie Barnieh. 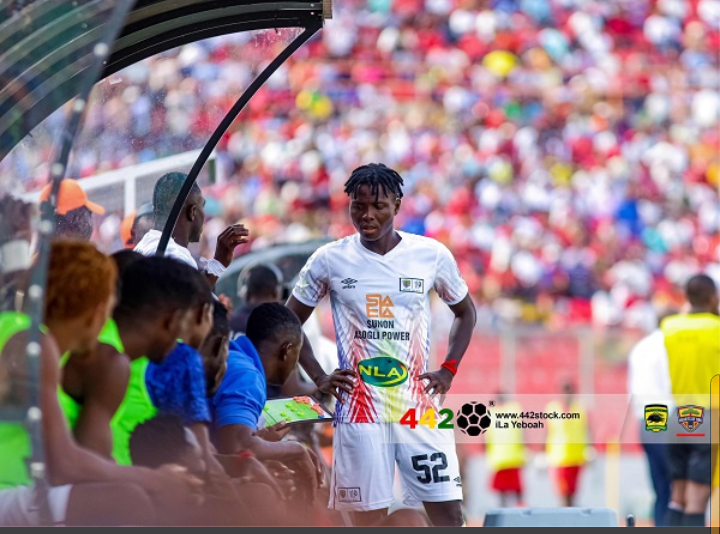 Inkoom put up a five star performance as they met their junior side in a friendly at their own backyard Pobiman. He was rated with no partiality and favouritism but the performance on the pitch talks it all.