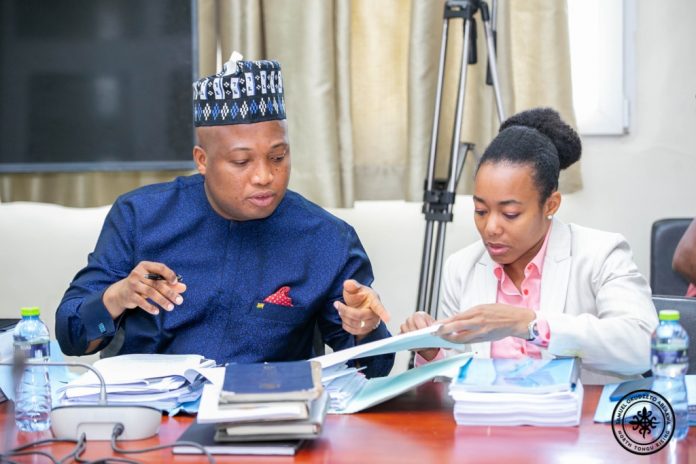 A Member of the ad-hoc committee that probed the Minority’s censure motion against the Finance Minster has denied allegations that his side took sitting allowances.

Samuel Okudzeto Ablakwa said the claims are untrue and should be dismissed.

According to him, they served the nation for free.

The North Tongu MP in a social media post on Thursday said the desire to save the nation was their aim and not monetary considerations.

“It’s been a patriotic duty. Ignore baseless claims that our side took sitting allowances; we served pro bono,” he tweeted.

The Ranking on Parliament’s Foreign Affairs Committee however said his side is ready to debate the report of the committee and vote on same in plenary today.

“Parliament is expected later today to consider the report of the Ken Ofori-Atta Vote of Censure Committee. We anticipate a full-blown debate and the long-awaited vote.”

Already, the Minority Chief Whip, Muntaka Mubarak has expressed confidence that the Finance Minister will be voted out of office after the vote on the censure motion.

He said the Minority caucus is determined to vote Ken Ofori-Atta out of office.

“I can assure you that we are keeping our cards close to our chest and we believe that tomorrow by the Grace of God, by the time we are done with the secret balloting, Finance Minister will be out,” he said.

To ensure the aspiration to the caucus is achieved, the Minority Leader, Haruna Iddrisu issued a three-line whip for Ken Ofori-Atta’s dismissal.

A three-line whip is an instruction given to Members of Parliament by their leader telling them they must vote in a particular way.