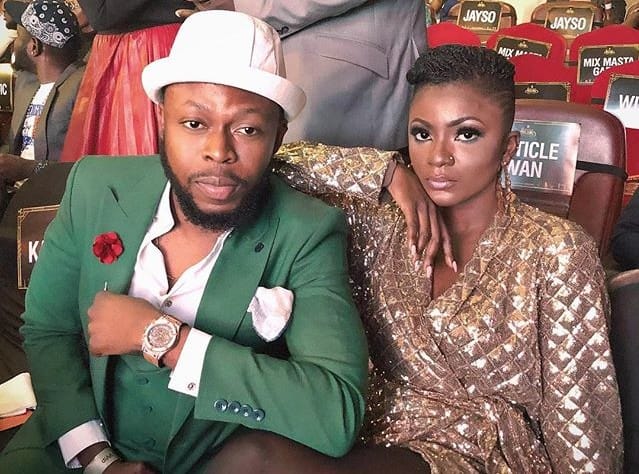 Ghanaian actress Priscilla Opoku Agyeman has disclosed that the stage name ‘Ahuofe Patri’ was a name given to her by her colleague Kalybos.

Recall that Kalybos and Ahuofe Patri because popular when their short comedy skit went viral on television and on social media platforms.

The actress, who starred in the popular “Boys Kasa” series with Kalybos recounted some experiences she has encountered as an actress during an interview with Felicia Osie on Onua FM’s ‘Adwuma Adwuma’ show.

Speaking about the popular skit, ‘Boys Kasa’, Ahuofe Patri disclosed that it wasn’t planned but it was a skit they started practicing their skills and talents on during school time but ended up going viral on social media.

she also mentioned how Kalybos gave her the name “Ahuofe Patri” due to her beautiful looks while on set making their record-setting skit.

Addressing the rumor of her love affair with Kalybos, Ahuofe Patri stated:

“We have come to an agreement that, after two years, if I don’t have a lover and he also does not have one, we will have a child,” she said.

“So, watch out; if you don’t hear that either Kalybos or myself is married, we will have a baby coming out,” Ahoufe Patri said, adding, “We will probably start paying attention to each other. We are in each other’s plans.”