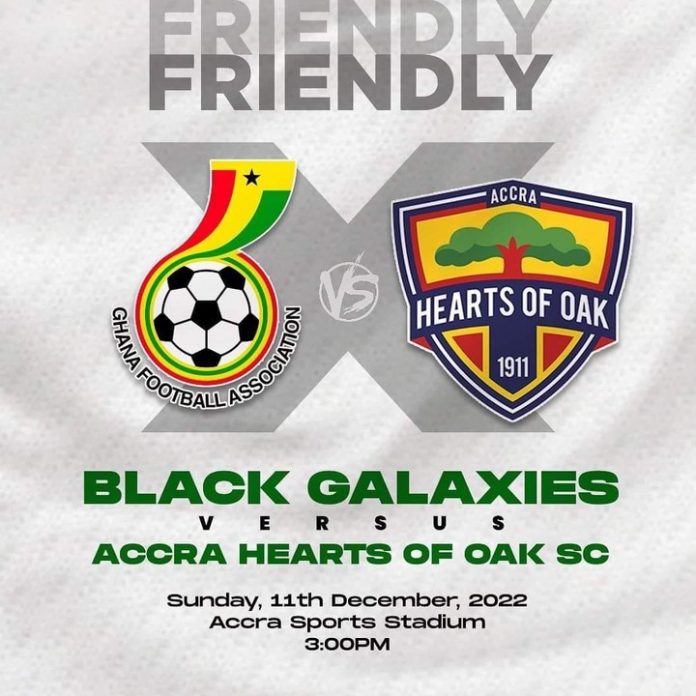 Accra Hearts of Oak’s friendly against the Black Galaxies will likely be postponed because there is no venue.

The two sides were billed to play at the Accra Sports Stadium but the venue will be used for the Whizkid musical concert on December 10, making it difficult for the that game to be hosted on Sunday, December 11.

The Black Galaxies have qualified for the 2023 Championship For Africa Nations after going past their arch rivals, Nigeria over two legs. 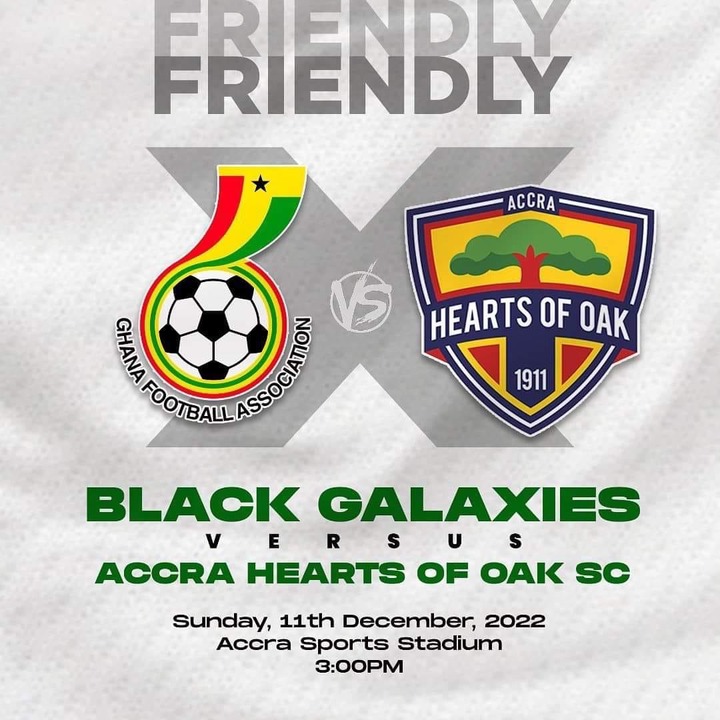 The Black Galaxies are qualifying for the tournament for the first time since 2014 and Annor Walker would want to make an impact at the tournament starting next month.

Accra Hearts of Oak on the other are using the game to prepare for the resumption of the 2022/23 Ghana Premier League which resigns on Monday, December 19 across various venues in Ghana. Hearts of Oak will want to make a lot out of the game.