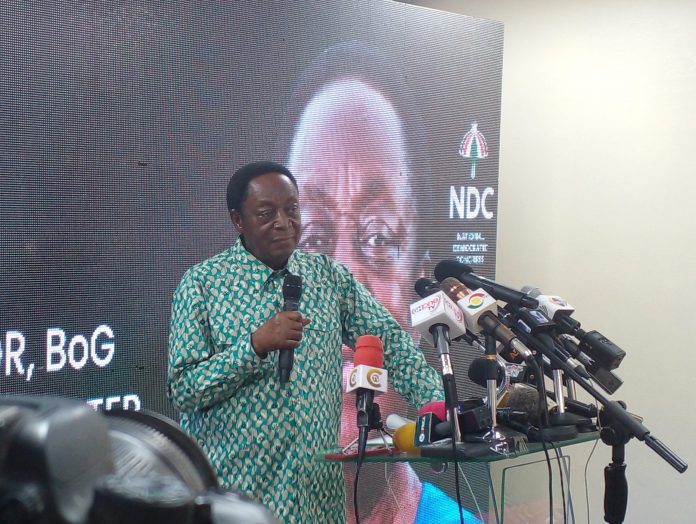 The project, being funded by Dr Duffour, a former Minister of Finance and Economic Planning and prospective presidential candidate of the Party for Election 2024 seeks to empower and improve the Party’s financial position at the constituency and grassroots level to strengthen its operations

Making the presentation at Dormaa-Ahenkro in the Dormaa Central Municipality of Bono Region, Mr Abass Mustapha Osabutey, the Manager of the Project said the equipment would help the Party to raise the amount of money needed to support its members during social functions such as a funeral, marriage and naming ceremonies.

He said the improvement of the party’s financial situation would strengthen its campaign activities, operations and efforts to enable it to recapture power in the Election of 2024.

Mr Osabutey said the items would be used for rental services to prevent a situation where huge sums of money were spent by the Party on hiring equipment for social functions.

He appealed to the constituency executives to set up a five-member committee to manage the equipment and work with a level of commitment which maximizes gains to increase the Party’s political fortunes.

Mr George Adu, the constituency Chairman of the Party, thanked Dr Duffour for the support and asked for an extension of the same to the Dormaa West constituency.