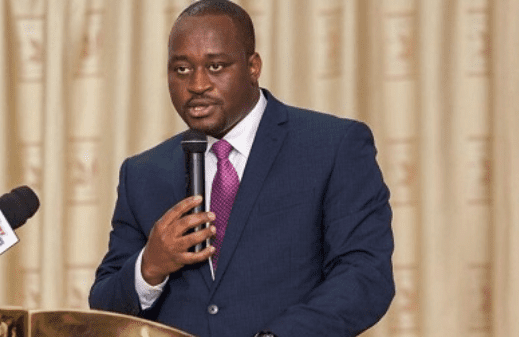 It is not compulsory to partake in the Debt Exchange programme that has been launched by the Government of Ghana, an Economist and Political Risk Analyst, Dr Theo Acheampong, has said.

Dr Acheampong said this while speaking on the thought leadership forum organized  by Media General on the theme “Debt Restructuring: What it means for your investment,” on Thursday December 8.

He said “…at the moment it is not compulsory to join in.”

He further explained that some categories of investors, in terms of individuals bond holders, will “be okay” but  institutions like banks, fund managers will suffer the reduction of the value on their investments.”

Per the debt exchange programme launched by the Finance Minister on Monday December 6, holders of domestic debt are invited to voluntarily exchange approximately GHS137 billion of the domestic notes and bonds of the Republic, including E.S.L.A. and Daakye bonds, for a package of New Bonds to be issued by the Republic.

The Debt Sustainability Analysis (DSA), according to the Finance Minister demonstrated unequivocally that Ghana’s public debt is unsustainable, and that the Government may not be able to fully service its debt down the road if no action is taken.

“Indeed, debt servicing is now absorbing more than half of total government revenues and almost 70% of tax revenues, while our total public debt stock, including that of State-Owned Enterprises and all, exceeds 100% of our GDP. This is why we are today announcing the debt exchange which will help in restoring our capacity to service debt,” he said.

This is the path towards resetting the economy to a more stable one capable of addressing the development challenges of the country.

The combination of adverse external shocks have exposed Ghana to a surge in inflation, a large exchange rate depreciation and stress on the financing of the budget, which taken together have put our public debt on an unsustainable
path.

To address the ongoing economic crisis, the Government has requested financial support from the International Monetary Fund.

“We expect to reach a Staff-Level Agreement soon on an IMF programme aimed at restoring macroeconomic stability and protecting the most vulnerable. To this end, as a Government, we are determined to implement wide-ranging
structural and fiscal reforms to restore fiscal and debt sustainability and support growth.

“Consistent with all of the above, I announced during the Budget Statement presented to Parliament on November 24th, that Government will undertake a debt operation programme. We presented to you the contours of the Domestic Debt Exchange programme yesterday. As you are aware we established a consultative committee to work with the financial sector and incorporated their advice in our decisions.”