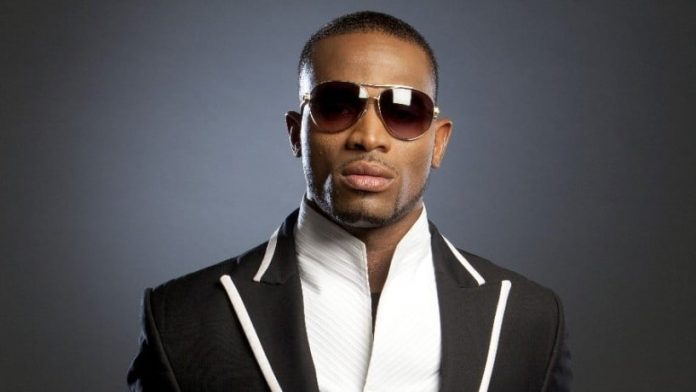 heavyweight, Oladapo Oyebanjo, popularly known as D’banj, has broken his silence over his alleged arrest by the Independent Corrupt Practices and Other Related Offences  Commission, ICPC, describing the arrest as “misconceived, mischievous and prejudicial to the justice system anywhere in the world.”

The pop singer was reportedly arrested and detained, Tuesday, by the anti-graft agency, over fraud-related offences.

He was accused of conniving with some corrupt government officials to divert hundreds of thousands of naira earmarked by the Nigerian government for N-Power project, an empowerment programme set up by President Muhammadu Buhari in 2016, to address youth unemployment and increase social development.

The ‘Oliver Twist’ crooner, alongside the corrupt government officials, were said to have introduced ghost beneficiaries into the payroll of the funds, and the monies were later traced to accounts associated with the singer.

Meanwhile, in an eleven-point statement released yesterday, through his lawyer, Maryam Musa, the artiste urged the commission to carry out its investigation thoroughly to ensure that characters attempting to bring him into such ridiculous activities will be brought to book.

The statement reads in part: “The media is awash with reports of Oladapo Oyebanjo, Dbanj, in ICPC custody, with regard to unestablished allegations of fraud for which it has become crucial to make the following statement, for the purpose of clarity and to set public records straight.

“It is instructive to state foremost that the report concerning the arrest and detention of Oyebanjo is misconceived, malicious and prejudicial to the justice system anywhere in the world, and we would advise that the general public be well guided.

“We acknowledge the fact that the ICPC is currently investigating allegations of diversion of N-Power funds, as already stated by the commission and we continue to hold the expectation that the commission will stay the course of professionalism in this matter.

“For the record, D’banj has no such contractual or incidental relationship whatsoever with any group or persons within or outside government, in relation to the disbursement, operations, access or control of the operation of any government fund through an agency or its subsidiaries.

“Emphatically and as a matter of policy, Dbanj and his management do not engage in business dealings unless they are legitimate, properly documented and obtainable in law.

“On Monday, the 5th of December, 2022, D’banj freely and of his law-abiding accord went to the Commission at about 2pm immediately he arrived Abuja. The Officers of the Commission advised that he returned the following day as it was late for any interview on the said Monday.

“D’banj has enjoined the Commission to carry out its investigation thoroughly to ensure that characters attempting to bring him into such ridiculous activities must be brought to book.

“It is inconceivable that D’banj whose very career is a reference point for hard work, diligence and honesty would lend his reputation built steadfastly over the years to acts of such accusations which he must now stoically suffer through while clearing his name.”

D’banj’s lawyer, however, advised the general public to resist the urge to buy into the media trial, which she described as “ unsurprising but regardless harmful to the course for the truth which D’banj has willingly set himself on by honouring the ICPC’s summons.”

“We retain the hope that the thoroughness of the ICPC will in no time exonerate D’banj of all and every allegation levelled against his person and it is for this reason that we implore the general public to stay guarded against malicious traducers who may be attempting to soil his image for their own purposes,” said the statement.

Why we arrested the pop star — ICPC

The Independent Corrupt Practices and Other Related Offences Commission,ICPC, yesterday confirmed the arrest and detention of D’banj over the investigation of fraud associated with the N-Power Programme.

In a statement posted on its Instagram page, @icpcnigeria, the agency said in line with its mandate, the Commission had received numerous petitions on the diversion of N-Power funds running into billions of naira, following the approval and release of such funds to the beneficiaries by the Federal Government.

“Many N-Power beneficiaries had complained over the non-receipt of the monthly funds, in spite of payment by the Government.

“About 10 persons have been invited by the ICPC over the last few months in connection with the N-Power fraud, and have been granted administrative bail after their detention. Several invitations to Mr. Oladipo Daniel Oyebanjo, to appear before a team of investigators were ignored and not honoured.”

However, some Nigerians including celebrities who took to their various social media platforms to express their feelings about the arrest, have described the allegation as part of the system.

Leading the pack was Afro-beat singer Seun Kuti, who said “the Nigerian entertainment industry has become a scam for money laundering?”

“We have always said there is no way they are doing anything as politicians without the active connivance of the leading blacks! Today, we now know that the Nigerian entertainment industry is a scam for money laundering”, he said.

Similarly, Nollywood actress Omotola Jalade-Ekeinde better known as Omosexy believed that Nigeria citizens’ are the problem of the country.”We no good,” she added.

We reported case, others to ICPC — Humanitarian Affairs Ministry

The Federal Ministry of Humanitarian Affairs, Disaster Management and Social Development, yesterday, revealed  that  the arrest of the popular Nigerian musician by ICPC was at its instance, having discovered financial irregularities in the scheme.

The Permanent Secretary of the ministry,Dr. Nasir Sani-Gwarzo, addressing newsmen, in Abuja, said contrary to insinuations in some quarters, that D’banj was not the brand ambassador of the N-Power Programme.

He said: “The Ministry has deployed a well-rounded mechanism for the selection of eligible beneficiaries from across the country and this has been in place since the inception of the programme. Working with our Service Provider, programme beneficiaries are onboarded, trained and deployed to pre-selected Places of Primary Assignment.

“When it came to our notice that there may have been sharp practices by some personnel of the Payment Service Provider, PSP, involved in the payment processes of beneficiaries, the matter was immediately referred to ICPC for a thorough investigation. We are aware that certain persons have consequently been invited for interrogation as part of the ongoing investigations.

“In the meantime, we have carried out thorough reinforcement of our systems to eliminate all anomalies and prevent similar occurrences in the future. To this end we are in close collaboration with ICPC to support the successful determination of the investigation.”