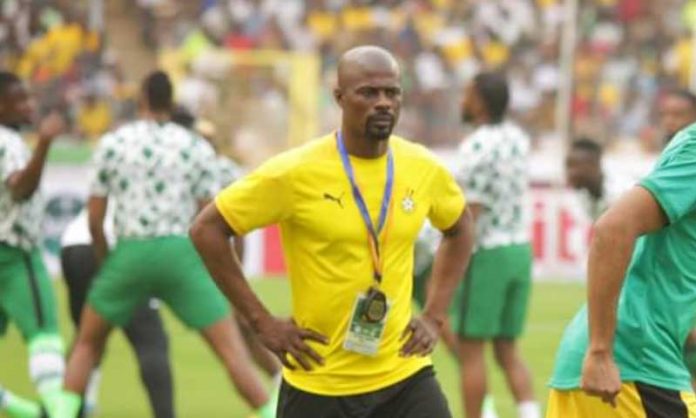 Black Stars assistant coach, George Boateng, has resumed his duties as a pundit for beIN Sports following Ghana’s elimination from the ongoing 2022 World Cup in Qatar.

The 47-year-old made his first appearance on the Qatar-based sports channel this week to discuss the round of 16 matches.

Before the start of the Mundial, beIN Sports in October announced that Boateng will be joining its team of pundits and analysts for the tournament.

The announcement generated a lot of controversies in the Ghana media space but it was confirmed that he will still be part of the Black Stars technical setup.

The Black Stars finished bottom of Group H after losing to Uruguay in their last group game last Friday.

Ghana were defeated 3-2 by Portugal in their opening game before recovering to beat South Korea by the same scoreline.

The West Africans, therefore, needed just a draw to secure a place in the round of 16 but their hopes were dashed by Uruguay, who coasted to a 2-0 victory.

Ghana now focuses on the 2024 Africa Cup of Nations [AFCON] qualifiers which will resume next year.