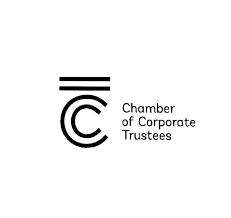 The Executive Secretary of the Chamber of Corporate Trustees, Thomas Kwesi Esso, says the Chamber was not consulted prior to the announcement of the proposed rollout of Ghana’s Domestic Debt Exchange Programme.

Speaking at the launch of the debt restructuring programme on Monday, December 5, 2022, the Finance Minister, Ken Ofori-Atta said the “Government have also dialogued extensively with regulators across the Financial Sector including Securities and Exchange Commission (SEC), National Insurance Commission (NIC) and National Pensions Regulatory Authority (NPRA) to agree that regulatory forbearance will be provided to all entities whose financial position is adversely affected by virtue of participating in this exchange.”

But speaking on the Citi Breakfast Show, Mr. Esso said the Government did not engage his outfit on the Programme.

“The Ministry of Finance put out a statement that they have engaged bondholders, we want to make it clear that we were not engaged in any debt exchange program, and I am saying that on record.”

“What actually happened was that around October [2022] when they set up a five-member committee, the committee met the industry players and took our concerns, our challenges, and our views and I can remember that the Chairman of the committee stressed that they were not doing that for any IMF program and that we should close up our mind because there was not going to be any haircuts,” Mr. Esso continued to explain.

The Chamber had earlier rejected the Programme in a statement, saying “it is injurious to the interest of contributors to pension schemes.”

The statement added that the Programme “is inferior to market expectations and will destroy the savings of Ghanaians and further undermine market confidence.”

The Chamber of Corporate Trustees of Ghana is the umbrella organization representing licensed corporate trustees in Ghana. As an autonomous, non-governmental representative body, the Chamber is the central advocacy platform of the private pensions sector of Ghana.