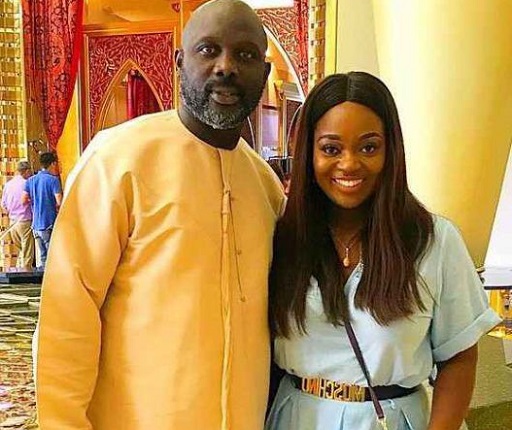 A photo of celebrated actress, Jackie Appiah posing with Liberian president, George Oppong Weah has been raising a lot of eyebrows since Monday.

The photo which has gone viral on the actress’s birthday is accompanied by comments that alleged they may be having secret love affairs.

Earlier rumours that the two personalities have been dating have been all over the internet. When Jackie was once asked about the rumours she said it was not true and that she doesn’t entertain unnecessary gossips. Weah on the other hand is yet to be heard addressing the issue.

The Monday viral photo is followed by further allegations that they are planning to get married and that Jackie has agreed to be a second wife.

DGNOnline checks revealed that Jackie personally shared the photo in question on Instagram on January 24, 2018, to congratulate Weah when he won the Liberian Presidential elections.

“Congratulations to His Excellency George Oppong Weah,… You are a great person and I know you will do great things in Liberia. So happy for you bro. Africa loves you,” she wrote after his inauguration as President.