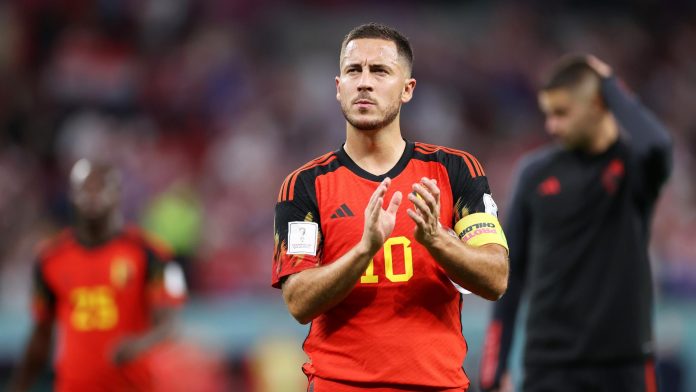 Belgium captain Eden Hazard has announced he is retiring from international football after the country’s dismal showing at the 2022 World Cup.

Hazard featured in all three matches as Belgium finished third in Group F behind Morocco and Croatia.

His announcement comes just days after manager Roberto Martinez stepped down after his contract expired.

“Today I turn a page. Thanks for your love,” Hazard wrote on Instagram.

“Today I decided to put an end to my career as an international. The next generation is ready. I’m going to miss you so much.”

Hazard was forced to rubbish claims of infighting in the squad during the tournament after reports of a bust-up involving him and team-mates Kevin De Bruyne and Jan Vertonghen.

De Bruyne had bizarrely given an interview to The Guardian before the World Cup where he claimed Belgium had “no chance” of winning the tournament as they were “too old”.

Five players also reportedly booked earlier flights home from Qatar to avoid traveling home with their teammates. Thomas Meunier, Axel Witsel, Jeremy Doku, Arthur Theate, and Lois Openda paid for the flights out of their own pockets, according to Het Laatste Nieuws.

Hazard’s form has fallen off a cliff since his move from Chelsea to Real Madrid in 2019 after battling a succession of injuries.

He scored 33 goals in 126 appearances for his country.