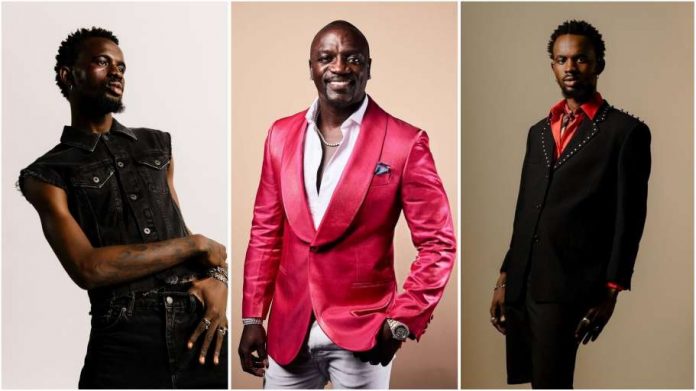 Senegalese-American music superstar Akon has joined the long list of celebrities who have fallen for the charms of Ghanaian musician Black Sherif.

Akon, born Aliaune Damala Badara Akon Thiam, could not hold back his admiration when he was asked on BBC Radio about what he thinks of Black Sherif.

Akoŋ revealed he is a huge fan of Black Sherif. According to him , Blacko reminds him of the energy with which he came out as an artist.

Moreover, Akon noted he listens to Black Sherif’s music and all sees is originality. “The way the Ghanaian young music star passionately tells his life story in his music is so real”

Further speaking, he said Blacko is going to be one of the world’s biggest music superstars. He, therefore, sent a stern warning to all major international record labels about Black Sherif.

READ ALSO :Burna Boy all smiles as he splashes millions of dollars on customized jewelry [Video]

He said if they haven’t signed Black Sherif yet, they better get him signed before he goes all out for him.

“If no major picks him up, they need to get to him before I do,” Akon warned.

Watch the interview below.

READ ALSO :Sarkodie and Black Sherif perform “Country Side” for the first time in London (video)