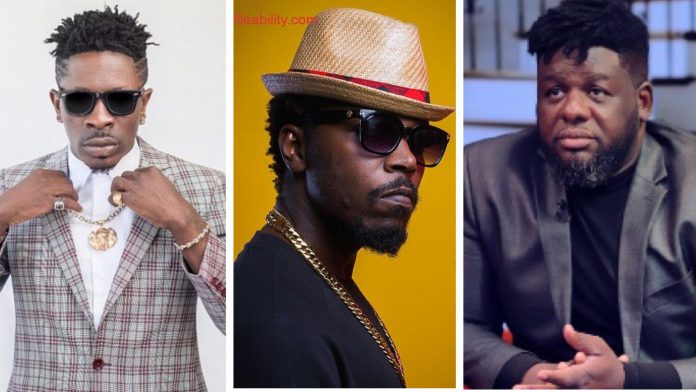 Ghanaian rapper Kwaw Kese has called out the Ghana Police over their refusal to arrest artist manager Bulldog and dancehall artist Shatta Wale over the murder of his manager, Fennec Okyere.

Recall that on November 2nd, 2022, Shatta Wale shared a disturbing post insinuating that his former manager Bulldog had a hand in the murder of Fennec Okyere.

During a social media war with Bulldog, Shatta Wale stated that his former manager told him about his plan to murder Fennec before his execution. He also threatened to go assist the police with all the new information.

After Shatta Wale’s confession, Kwaw Kese called on the Ghan Police to re-open the murder case of his former manager Fennec Okyere per the information given by the artist.

However, it seems Kwaw Kese’s expectations have not been met as he calls on the Ghana Police Service to hasten up investigations about the murder case.

In a video posted on his Instagram page today, December 5, he said

“It’s been one month since Shatta Wale came out to say he’s been keeping secrets about how Bulldog planned and killed my manager. I don’t know what is happening in this Ghana again, that the Ghana Police are still sitting on this case and not taking any action. If somebody confesses to killing somebody and we are still doing investigations then I don’t know what the investigation is about,”

He continued; “Shatta Wale confessed that he’s been keeping the secret and since Bulldog was is bringing out his secret, he’s also bringing out that secret, and that secret is that Bulldog planned and killed my manager. What evidence again are you waiting for before you take action? he asked.