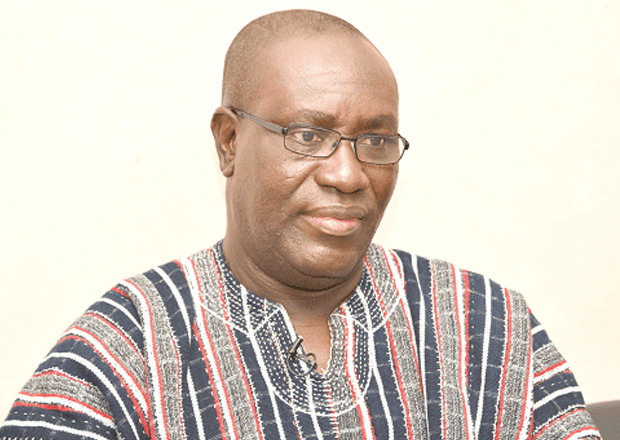 THE TRADES Union Congress (TUC) has indicated that it is time for a substantial increase in salaries for workers, especially those on the Single Spine Salary Structure.

According to the TUC, the surge in inflation has completely eroded the purchasing power of workers, especially those in the public service adding that the value of the cost-of-living-allowance (COLA) granted in July 2022 has been completely wiped out.

“The National Daily Minimum Wage has now fallen below US$1.00 per day due to the massive depreciation of the Ghana Cedi. Public sector workers on the Single Spine Salary Structure (SSSS) continue to receive far lower pay, compared to their counterparts on other pay structures in the public sector.

“A substantial increase in pay for workers who are providing important public services such as health, education, security and other public/civil services will motivate them to improve service delivery. That is why public sector unions and government must agree on pay that reflects current inflationary trends. Anything short of that will push many public sector workers and their families into severe poverty and destitution.

“We have taken note of government’s decision to impose “a cap on salary adjustment of SOEs to be lower than negotiated base pay increase. We hold the view that the problem is not with the salaries for workers in the SOEs. The fact is that salaries on the Single Spine Salary Structure are unjustifiably low.

It further reminded government that salaries in the SOEs were determined within collective bargaining framework adding that Government could not unilaterally impose salary caps in unionised workplaces.

“Unions in the SOEs will and should resist any attempt to take away the bargaining right of their members in the SOEs.  A major source of pay inequality in the public sector has to do with salaries for chief executives and management staff of the SOEs. As we have pointed out time and again, some of these CEOs of SOEs are earning multiple times the salary of the President of the Republic of Ghana who appointed them. Any cap on salary adjustment in the SOEs should be directed to the salaries and allowances of the Chief Executive Officers (CEOs) and management staff as well as other political appointees. These are the people whose large salaries and allowances are impossible to reconcile with their outputs. This is particularly true for the SOEs that are making perennial losses,” it stressed.

The TUC said the pensions reform of 2010 has run into difficulties on several fronts revealing that workers who retired in 2020 received less lump sum than they would have received if they had retired under the old pension law – PNDCL 247.

“This trend will likely continue into the later part of the 2020s. In spite the economic hardship pensioners are facing, government has failed to honour the promise to top-up the lump-sum for affected retirees.

Noting that a recent study has revealed additional challenges, it said for example, 80 percent of employers contributing to the first tier under SSNIT were not paying the mandatory 5.5 percent second tier on behalf of their workers; and that the National Pension Regulatory Authority lacked the capacity to enforce the payment of second tier contribution to the various second tier schemes.

“The full impact of this non-compliance will be felt in a few years from now when affected workers retire.

It also mentioned that more than 12 years into the implementation of the pension reforms, transitional bottlenecks persisted.

“Several important aspects of the reforms have not been implemented. The pension unification is one of such important reform initiatives that has not been implemented. Pension in Ghana is like a caste system where top public officials who do not contribute to pensions are the ones earning highest pensions. These are the top officials who retire on their consolidated salaries and the enclave institutions hooked on CAP 30 unfunded pensions.

“The ordinary workers on the SSNIT pension scheme earn the least pensions. This is unfair by any measure and it must change as part of efforts to build a fair and inclusive Ghanaian society. Beside the unfairness, unfunded pension has negative fiscal implications for the budget.

“Once again, we would like to remind government to honour its promise to top up lumpsum benefits to all those whose lumpsum payments were lower than what they would have earned on PNDC Law 247,” it stated.