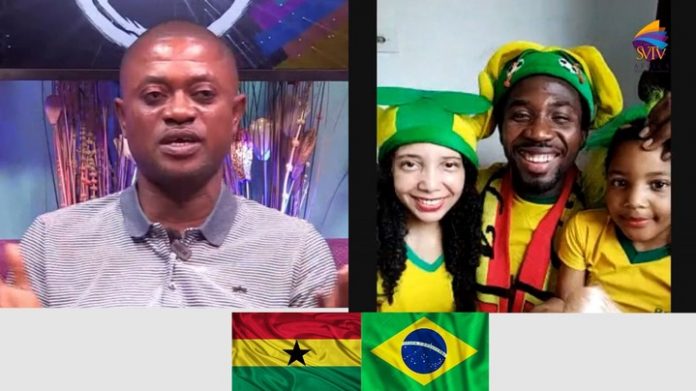 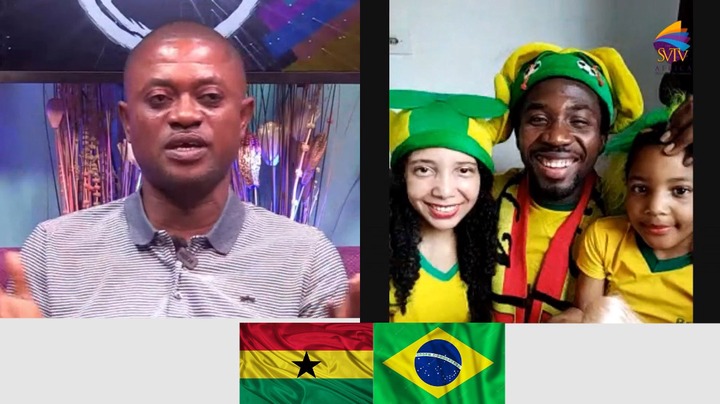 Ghanaian based in Brazil, Theophilus Abaya-Tei Teye, has disclosed that he travelled to Brazil in 2014 as a supporter of the Black Stars but fled from the camp.

In an interview on SVTV Africa with DJ Nyaami, Theophilus mentioned that it was always a dream to live abroad and took the opportunity to join the Black Stars supporters union to support the team in Brazil.

According to Theophilus, many supporters fled to other countries. “Some went to the US and Canada. We came with two flights, but they couldn’t get half of the number back to Ghana.

They were ready to travel out and came with dollars, but I had GHS20. So I stayed in Brazil and met some people who helped and adopted me. Eventually, I got my work permit and began working.”

Moreover, Theophilus indicated that it is easy to get documents in Brazil than in other Western countries. Speaking about work and salary in Brazil, Theophilus mentioned that he makes about GHS6000 as a machine operator.

“There are many jobs available here. I don’t pay light or water bills because I live in Zongo. Those of us in such areas only pay rent. I don’t pay for tuition fees, and the government even supports the kids with a food box,” he added.