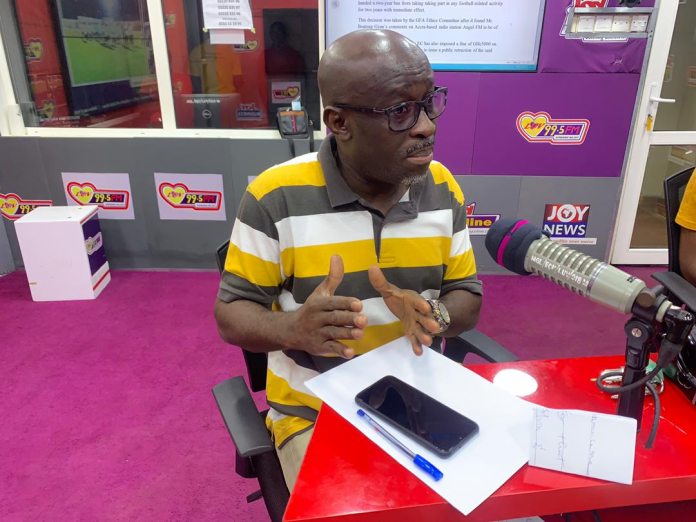 Veteran Sports Journalist, Osei Owusu Bempah, has opined the Black Stars camp in Qatar being flooded with a lot of people who had “no business being there” may have been a source of distraction for the players during the 2022 FIFA World Cup.

The Ghana Black Stars were crashed out of the ongoing tournament in the Arab country of Qatar when the Stars failed to beat Uruguay last Friday.

The team gathered three points out of a possible nine after winning against South Korea.

However, video footage that emerged on the internet showed the team’s camp in Qatar was visibly accessible to some personalities, including politicians, journalists and supporters.

These scenes could have occasioned distraction in camp, says Owusu Bempah.

Speaking on LUV FM’s sports talk show, Kick Off, the ace football analyst and administrator, condemned the unbridled access to Ghana’s camp during the global showpiece in Qatar.

“One thing that surprised me was the seeming chaotic nature of the Black Stars camp.

“I think there were so many people there in camp who necessarily had no business being there.

“Suddenly, the team qualifies for a World Cup and almost every Member of Parliament is in Qatar.

“It was so annoying, some of the characters that I saw in the Black Stars camp, I was shocked to the extent that when games were going on, there were people who were on benches, talking with players.

“I was surprised to see some of these people over there, obviously, it will affect players,” he said.