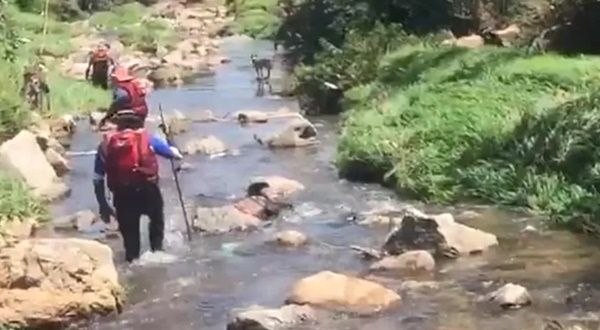 Two people have died in South Africa and 15 others are missing after a flash flood in a river swept away worshippers taking part in a church ceremony.

Some of the more than 30 congregants were standing on rocks in the river on Saturday when a torrent of water surged through, an eyewitness said.

The pastor was saved after he clung on to an overhanging tree branch, he added.

Rescuers resumed the search of Johannesburg’s Jukskei river on Sunday.

It is notorious for flooding during South Africa’s rainy season.

Victor Ncube, who had been taking part in the church service, told local news station eNCA that he managed to pull out five people from the river who had been swept 100 metres downstream.

Others had been carried too far down the river for him to try to save them, he said.

Of the 33 who had been at the service, 15 are still unaccounted for, the authorities say.