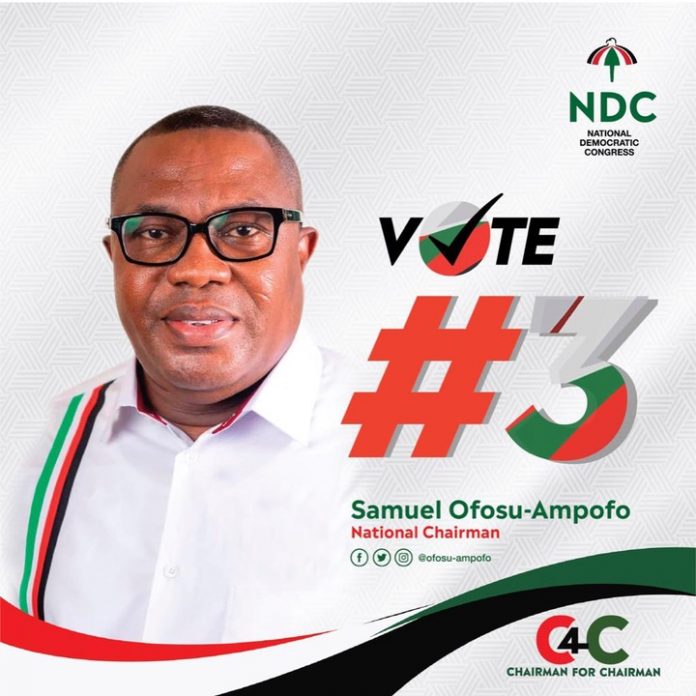 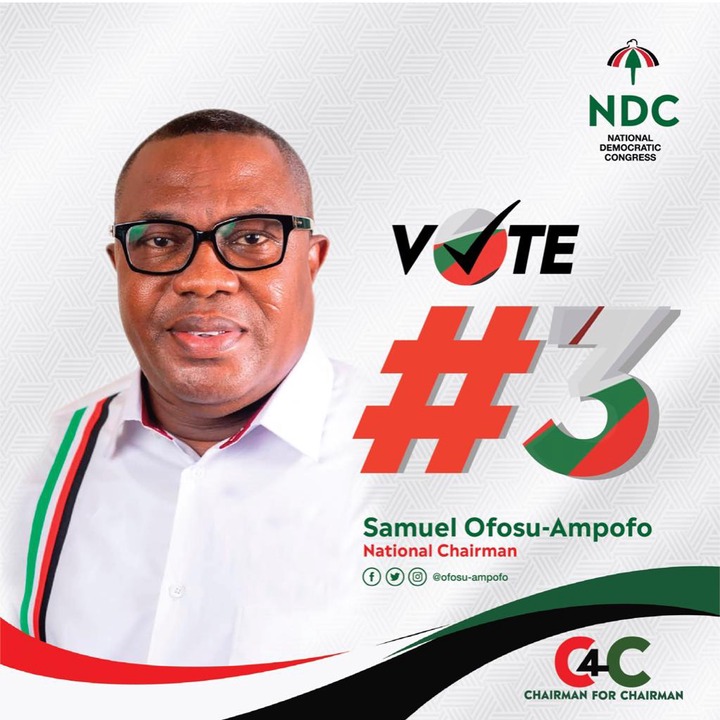 In the next few days, delegates will be going to the polls to either vote to maintain our strategic National Chairman, Mr. Samuel Ofosu Ampofo or otherwise.

It is important to note that Chairman Ofosu Ampofo is a strategic team player who has served the party well, both in government and within the party structure.

Most of the NDC party faithful fail to contest for party positions after enjoying powerful appointments when the party is in government. However, Chairman Ofosu Ampofo has undoubtedly demonstrated his selflessness and love for the party by consistently putting up himself to contest, win internal party elections and ultimately leading when it matters most.

Before I narrate the reason why we need someone with such an impeccable and immaculate governance and party experience to be our National Chairman, I would like to profile Mr. Ofosu-Ampofo’s illustrious political career.

His political career commenced at a very tender age when he was appointed as District Chief Executive (DCE) by His Excellency former President Jerry John Rawlings from 1994 to 1996 in the Fanteakwa North District of the Eastern Region of Ghana.

In 1996, due to his good works as the DCE within his constituency, he won this seat with a total of 21,284 of the total valid votes cast that year.

He again retained his seat, due to his good works, in the 2000 General Elections, with a total of 15,487, representing 49.70% of the total valid votes cast in the parliamentary contest.

Chairman Ofosu Ampofo is also a former Eastern Regional Minister, a former Minister for Local Government and Rural Development. He was later appointed Board Chairman of the Ghana Ports and Harbours Authority in 2013 under the regime of His Excellency, former President John Dramani Mahama. He is a former National Organizer of our great party, the National Democratic Congress. In November 2018, Mr. Samuel Ofosu Ampofo was elected the National Chairman of the NDC, at 9th NDC Delegates’ Congress held at the Fantasy Dome, Trade Fair Centre, Accra.

Due to the rich political experience of this man, acquired in a success-laden political journey, as highlighted, one can confidently say that his rich leadership and governance experience vis-a-vis his apt organizational skills make him the best qualified leader to unify our party front to help us win the 2024 General Elections.

It is therefore obvious that the invaluable experience of Chairman Ofosu Ampofo is exactly what is required by the party to anchor its ship in a quest to regain the seat of government. But beyond the victory in the election, he also has it all to help the party to govern creditably, through his leadership.

It would only take, a strategist and team player who is very disciplined, fearless and bold as a leader to rise through the ranks of our party’s political ladder the way Mr. Ofosu-Ampofo did. His infectious humility resonates with the rank and file of the party hence makes him more capable of leading us to victory in the 2024 General and Parliamentary Elections.