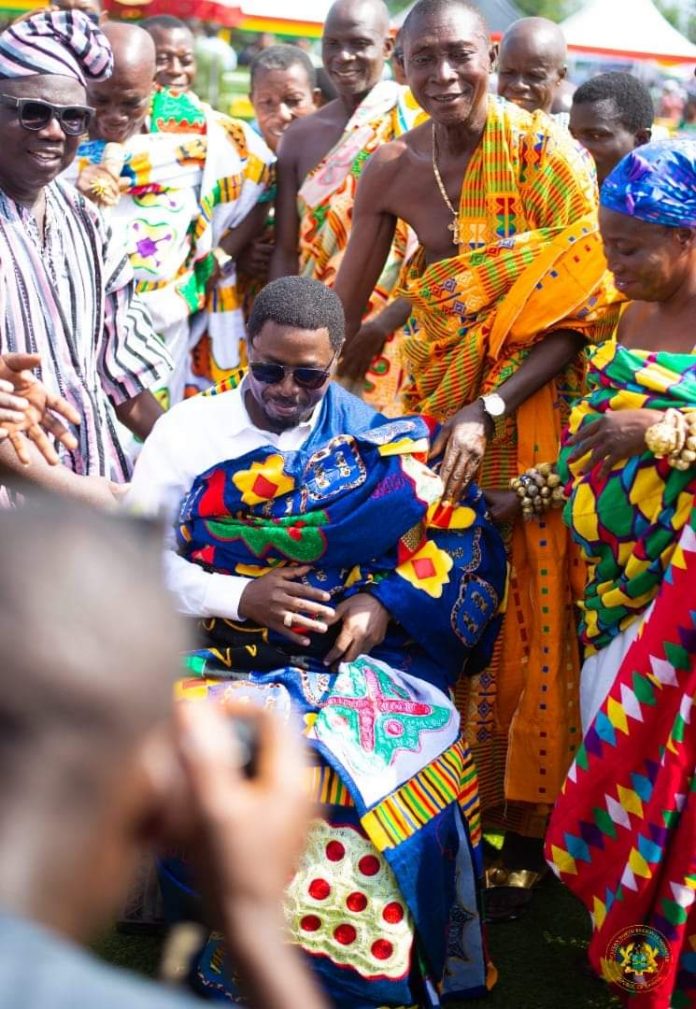 Mr Obeng was given the name Nana Nkosuohene and was endowed with traditional powers.

His enstoolment came during the celebration of the 38th and maiden regional Farmers’ Day at Sehwi Asawinso. They conferred on him the Development Chief in recognition of the good work he has done for the Asawinso community and the region at large since his regime as the regional minister.

They indicated that they were grateful for the unprecedented support that he has given to champion the development of Asawinso and for that matter being the first community to host regional Farmers’ Day celebration.

The minister has since being in office introduced an initiative dubbed ‘One Student, One study Desk’ aimed at bridging the desk deficit and challenges that students go through during class hours. Since the launching of the initiative, about four thousand desks have been distributed across the district to be disbursed to the affected schools.

The minister, after being conferred on him the Development Chief, thanked the chiefs and the good people of Sehwi Asawinso for their commitment to putting up a new face of the region. He urged the chiefs to also support the government to ensure massive development in the region.