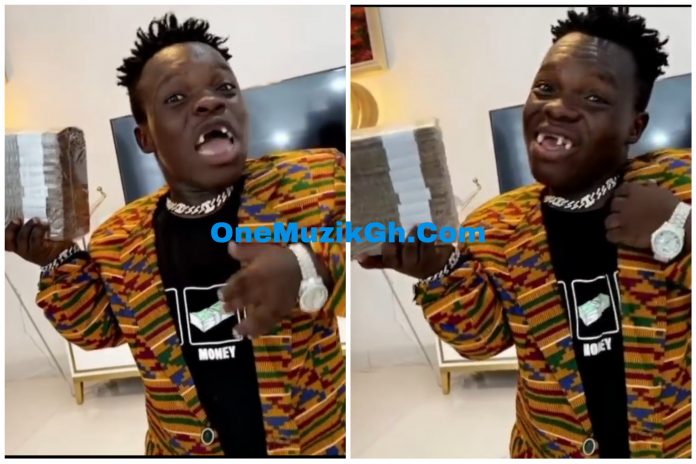 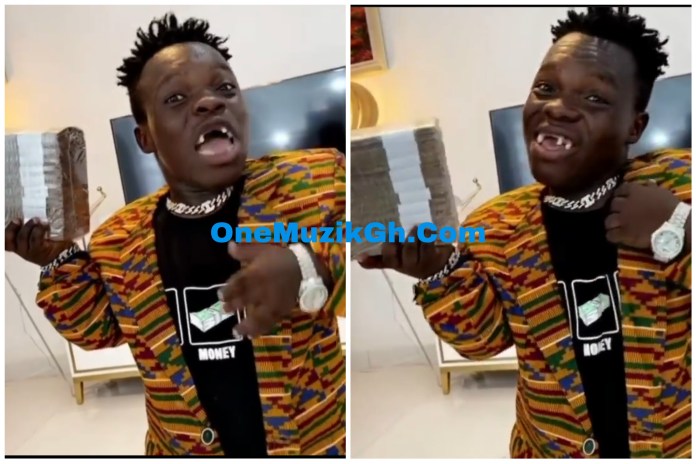 The self-acclaimed African richest man, Shatta Bundle shows off in a new video with the saying that, he is not a comic actor like people think, rather, he is the richest man.

The lilliputian man sudden loss in the industry dived people into thinking that, he has was gone lost and will not come back.

Just within these days, the short man who claims to be richer than Dangote is seen in a new video, chilling his ass out in a pool, also flaunting his money and wristwatch in another video.