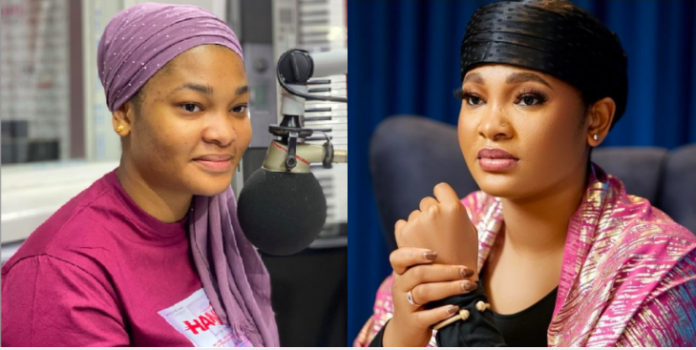 Habiba Sinare, a popular actress in Ghana, has placed a dark cloud over any future marriage prospects she may have had with a guy from the country’s northern region.

She said that the people of northern Ghana were particularly challenging.

The actress claims that her claim is founded on her own experience as a divorcee from her ex-husband, former Black Stars footballer Abdul Majeed Waris.

In an upcoming episode of MzGee’s show Just Being Us, Habiba Sinare will talk about how she had postpartum depression following the birth of her child with her ex-husband.

READ ALSO: I Will Never Expose Myself or Go Nude For a Movie – Habiba Sinare

Habiba stated that she was treated unfairly by her ex-family, husband’s and that she vowed never to marry a northerner again because of this.

“My husband’s father comes to the house, I am going out and he doesn’t understand why I am going out…They make my depression worse… I became so skinny, I was going through worse things [and] I couldn’t talk to nobody about..

The actress Habiba Sinare has described her divorce from Abdul Majeed Waris as “bitter” in a number of interviews.