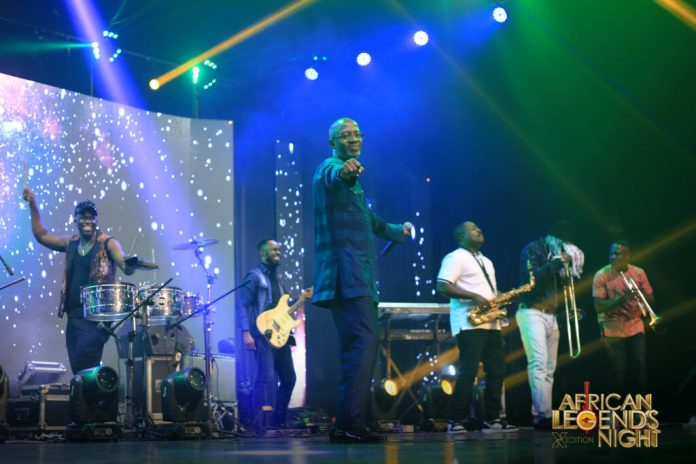 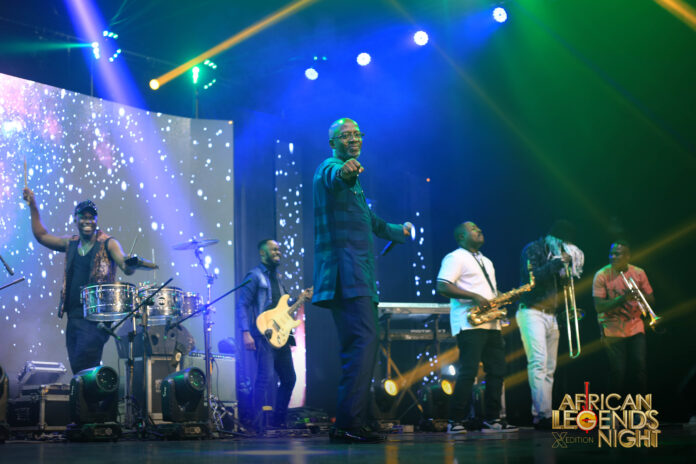 The tale of African heritage thrives on after a blissful night of lifetime performances and unforgettable memories during the 10th-anniversary edition of the historic African Legends Night was held last Friday, December 2, at the Grand Arena, Accra.

With the ever-eloquent Eunice Tornyi, Host of African Women’s Voices, and the rib- cracker, Foster Romanus as the night’s hosts, this year’s event thrilled patrons with classical music with a mix of celebration and recognition of African musical heritage.
Ghana’s adorable music band, the Patchbay Band served as curtain-raisers and sparked the atmosphere in the auditorium with live renditions of back-to-back hits of Ghana’s Highlife songs and a magical blend of Afrobeats hit tracks.

Taking on center stage, the multitalented saxophonist, ABLA SAX reminisced with patrons with surreal performances with DJ Ganj of YFM on the turntables.

With an already electrified atmosphere, EFYA, Ghana’s music siren took the crowd to the next level. Barely halfway through the night, she presented an ecstasy and an escape space for patrons to overlook Ghana’s World Cup loss.

Just like fine wine, Legendary Highlife artiste, Rex Omar displayed a colossal performance, nothing seen in such a long time of live performances.

In between the blistering performances, eight lucky patrons among the crowd won themselves HD+ decoders after discovering the hidden treasures.

Patrons gave a boisterous roar as Dancehall great Samini mounted the stage. Samini who over the years has cemented his craft with peculiar live band performances, this time, initiated fans into ecstasy with back-to-back hit songs.

Abrantie Iron Boy Amakye Dede followed up close with a shutdown performance to round up the glorious night of bliss.

“African Legends Night has not only thrilled or presented fans with entertainment, but has been intentional in celebrating and recognizing the work of African music greats over the years, promoting our music heritage as well,” Ernest Boateng, CEO of Global
Media Alliance stated.

“This year’s edition being our 10th year, has indeed been special. We just didn’t need to celebrate them but we also carved their names in the history books, inducting these music legends into the Legends Hall of Fame. The crowd was beyond excited. This is truly an unforgettable experience,” added Mr. Boateng.

The African Legends Night over the years has served patrons with premium pan-African concerts, recognizing and celebrating living African music legends. The 2022 edition of the African Legends is the first to be hosted in December offering a
new ‘December in Ghana’ experience for Ghanaians and the Diaspora.

Global Media Alliance, organizers of the event, announced five new initiatives to celebrate this year’s concert and institutionalize the recognition and celebration of African artistes and their music. These new additions include the Legends Digital
Museum, the African Legends Hall of Fame, the Legends Show, the Legends Celebration, and the Legends Playlist.