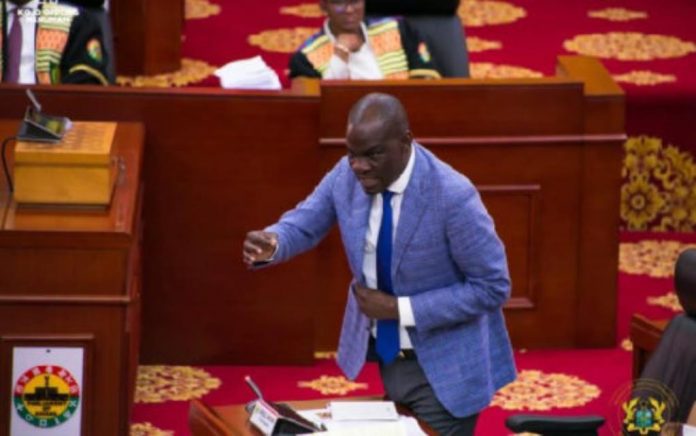 The Minority Group in Parliament is unhappy about the delay in voting on the censure motion to decide the fate of embattled Finance Minister, Ken Ofori-Atta.

The NDC MPs filed a censure motion against the Finance Minister which was subsequently referred by the Speaker of Parliament to an ad-hoc committee.

The Committee was tasked to, within seven days, review the censure motion against the Minister. The Committee has since presented its report to the House.

Addressing MPs on the floor of the House on Thursday, MP for Tamale North, Alhassan Suhuyini lamented the seeming lack of action on the censure motion.

“I was just wondering, Mr. Speaker, if leadership cannot consider that this very important motion that has national and international consequences is considered within Wednesday and Thursday?,” he queried.

Minority Leader, Haruna Iddrisu criticised the Majority Leader for failing to schedule the censure motion as part of the business for next week.

“The words in Article 82 do not give Parliament the perpetuity to discuss the matter. We are within a defined time limit to consider the motion and take decision appropriately. So whatever committee has been set up we need to bring closure to it.”

Meanwhile Majority Leader, Osei Kyei-Mensah-Bonsu assured the MPs that a decision will be taken on the censure motion before the Christmas break.

“It [censure motion] cannot be abandoned. No…Certainly, before this house takes an adjournment, we would have done justice to this motion, so it is not as if anybody is wishing it away. It will be attended to in the fullness of time,” he stated.

Deputy Majority Leader, Alexander Afenyo-Markin reiterated that the Majority will not support the motion against the Minister.

He described the motion as “dead on arrival” filled with a political motive and a “personal attack on the Finance Minister.”