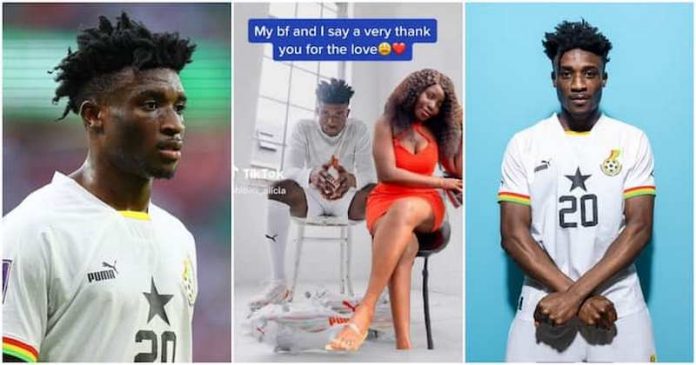 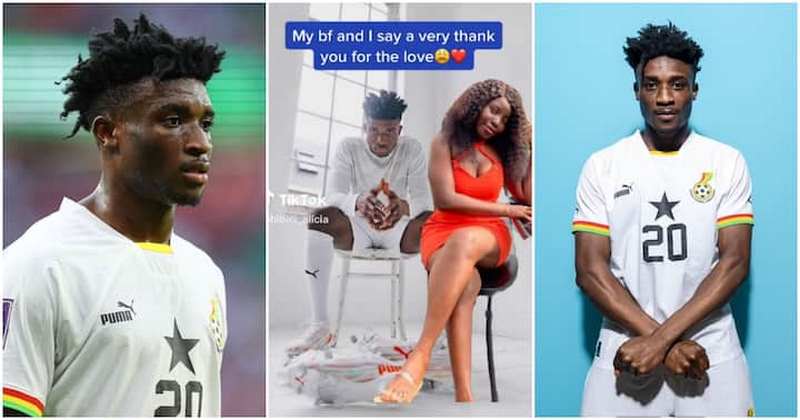 Showing affection for Kudus has become a massive trend on social media, with many ladies showing their admiration for him in interesting and unique ways.

One lady on TikTok, obibini_alicia, took her love for the Black Stars superstar up a notch and shared a photoshopped video of herself sitting next to the Black Stars star man. In the video was a photo of Kudos sitting on a chair.

The lady expertly photoshopped a photo of her also sitting in a chair and placed herself right beside Kudus, making it seem like they were chilling together.

The hilarious video had many peeps laughing as they marvelled at the lady’s editing skills. Kudus’ stellar performances against Portugal and South Korea have brought him untold fame across the globe, as many peeps around the world rave about his amazing football abilities.

@obibini_alicia #greenscreen KUDUS ……..we’re getting married soon ❤️ so please all the girls crushing on him should sit somewhere 🙄🙄 #xyzbca ♬ My Heart Will Go On (Titanic) – Maliheh Saeedi & Faraz Taali