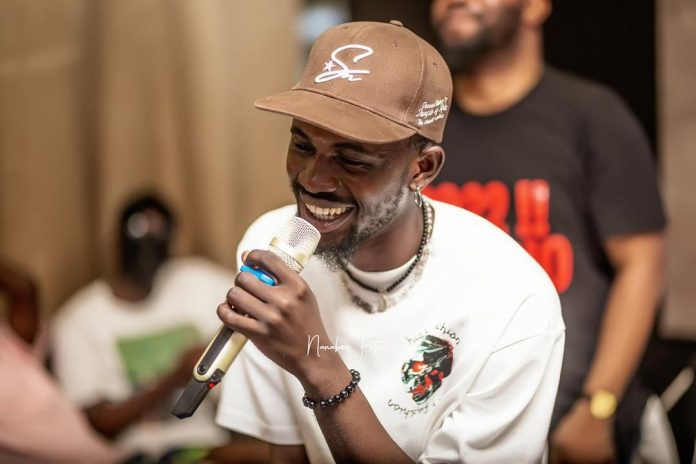 Ghana’s proud moment at the just-ended of Black Origin (MOBO) Awards in the UK is musician Black Sherif, putting up a sterling performance at the world event.

He represented his country massively performing some of his hit songs to the admiration of all who witnessed the award ceremony.
The 2022 MOBO Awards is the 25th anniversary of the ceremony which celebrates black music in the UK and beyond.

It took place at the centre stage at the OVO Arena in Wembley on Wednesday, November 30, 2022.

Proud winners of awards include Nigerian superstar Burna Boy who beat off stiff competition from international superstars Beyonce, Chris Brown and Drake to be crowned the best international act at the award.

He also beat out his compatriots, Tems, Fireboy, Rema, Asake and others to emerge the winner of the Best African Act award.

However, the highest point for Ghanaians was the amazing performance by Black Sherif.