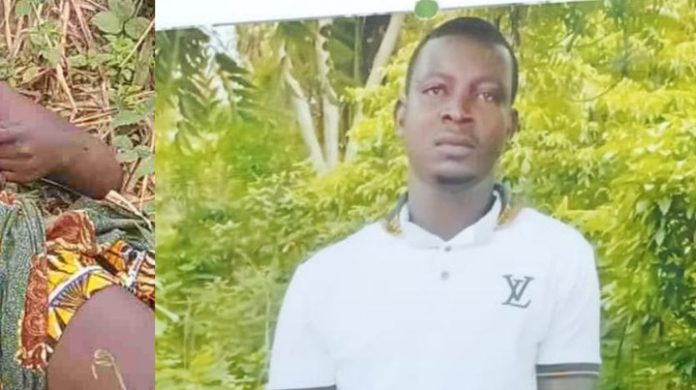 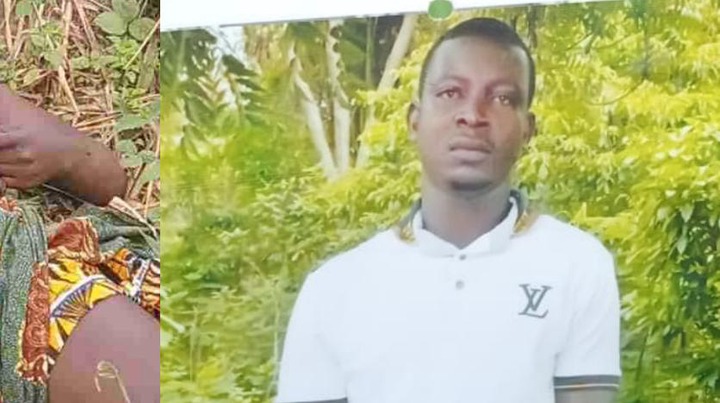 A 31 year old man, Kwabena Frimpong a.k.a Wofa Blue has allegedly butchered his wife, Abena Benewaa(33) at a community called Suromanii near Dormaa Ahenkro of the Bono Region.

The incident according to eye witnesses who spoke to Filasconews.com occured within the weekends.

The lifeless body of the mother of Six(6) children was discovered by some farmers who were going to their farms on Saturday.

They found the body near a River in the community called Awurasu(River Awurasu).

The body of the deceased was discovered with deep cuts on her neck and other parts of her body.

The suspect who is a farmer and also a Pragia rider took to his heels after the heinous act but handed over himself to the Wenchi Police after confessing to the crime.

Preliminary investigation conducted on the ground by filasconews.com allegedly revealed that, the suspect killed his wife on grounds of infidelity.

The people who spoke to this portal on condition of anonymity disclosed that, the suspect has regularly accusing the woman(now deceased) of cheating on him.

But the police are yet to come out with the suspect’s Statement concerning the murder after the suspect handed over himself to the police.