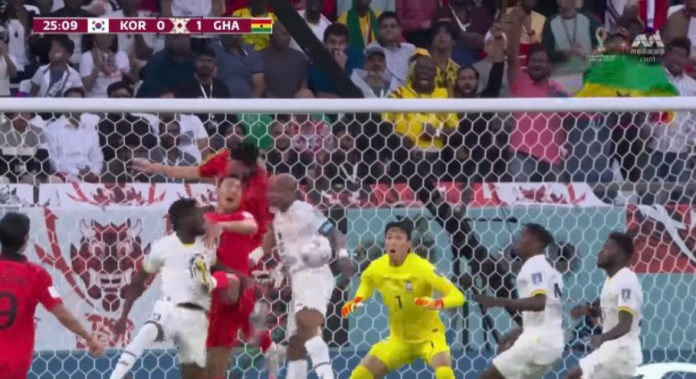 Ghana broke the deadlock in the first half courtesy of Mohammed Salisu, with his effort allowed to stand despite a VAR check for handball.

With just 24 minutes into the game, Salisu bundles the ball in from close range for the Black Stars to record his first World Cup goal at the ongoing tournament in Qatar.

Despite a check on Andre Ayew’s involvement, the goal was allowed to stand following a scramble inside the box.

Little attention has been given to the issue following Ghana’s 3-2 win over the Taegeuk Warriors of South Koreas on Monday.

Ghana definitely benefited from recent rules by the International Football regulations body on the handball law.

The rules made it clear that accidental handballs that lead to a teammate scoring a goal will be allowed.

The ball did strike Ayew’s hand before dropping to Salisu yet, it was not considered to have been deliberate hence, the goal was awarded to the West African giants.