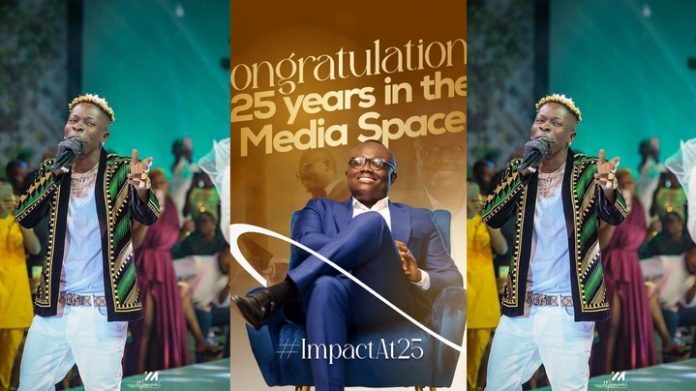 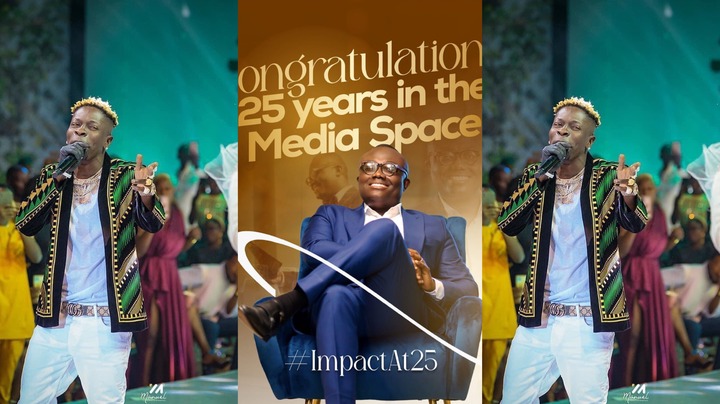 Nathan Kwabena Anokye Adisi, popularly known as Bola Ray, is a Ghanaian radio and television personality and entrepreneur who is the CEO of a media conglomerate, EIB Network Group since 2014 and also CEO of Empire Entertainment.

This year marks the 25th year of Bola Ray in the media space, especially in the entertainment industry, where he has tremendously worked to improve the standard of the Ghana music industry.

African Dancehall King, Shatta Wale congratulated him for his selflessness and dedication toward the improvement of Ghana music and the industry as a whole.

“This man once threw my CD away many years ago and he said this “Learn how to brand your things “ At first, I felt bad about it but his statement gave me the confidence to be where I am today .. (SHATTA WALE )Don’t get it twisted, That’s a great man right there 👈🏾👈🏾👈🏾 ,” Shatta Wale Says

“All I am trying to say is that the TRUTH sometimes hurt but we have to accept the facts and move on🤝Fast forward ⏩ Today I am in the billionaires club 🔛🔝Thank you GODFATHER OF GHANA MUSIC 🙏@bolarayofficial You really deserve a standing ovation 👏 👏👏👏👏💚💚🍾🍾✊✊✊🇬🇭,” He continued

According to Shatta Wale, Bola Ray serves as a determination for him since he once advised him to brand himself well and after paying attention to him, he is happy to see himself progress to be the today SHATTA WALE. 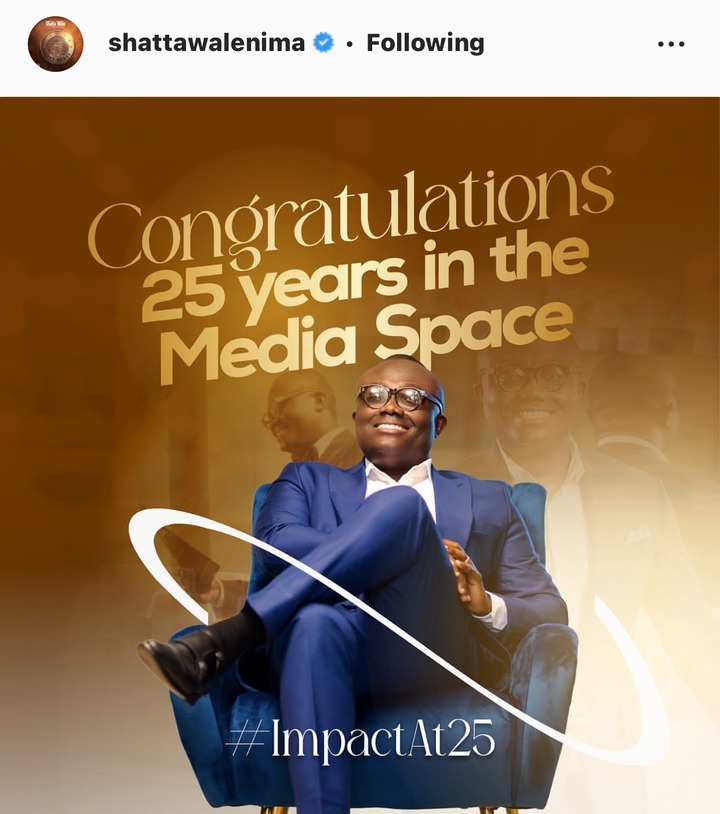 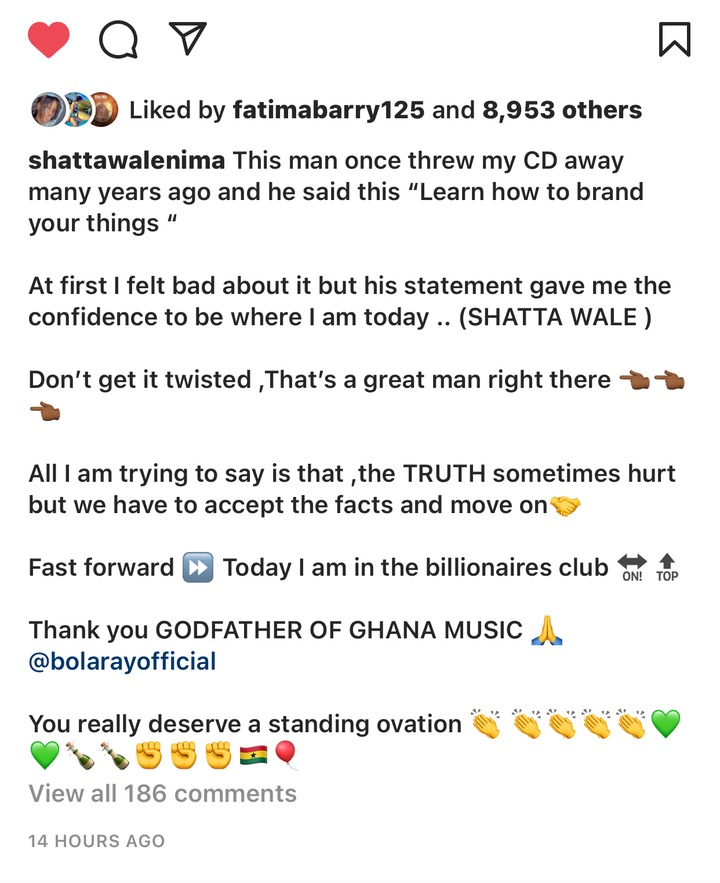