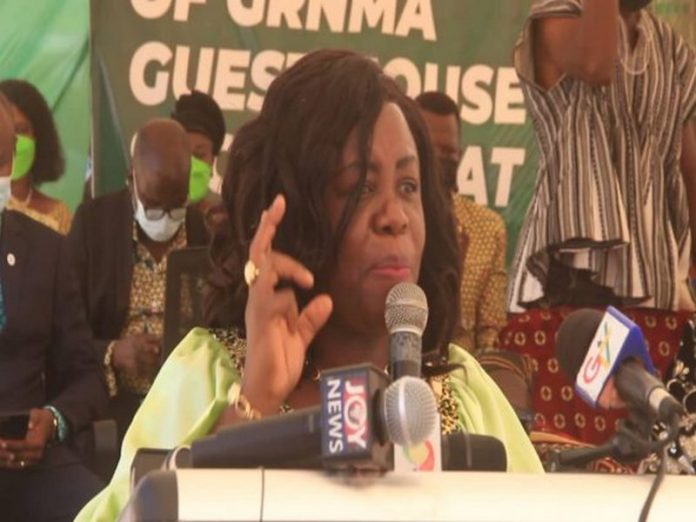 The Ghana Registered Nurses and Midwives’ Association (GRNMA) has called on the government and the Public Services Commission to sack the Ashanti Regional Director of the National Service Scheme (NSS), Alex Poku Mensah.

The call follows an audio recording circulating on social media on which the Regional Director is heard hurling insults at a nurse at the Manhyia District Hospital in the Ashanti Region.

In a press release on November 29, 2022, the President of GRNMA, Perpetual Ofori-Ampofo, called on the government to sack the Regional Director, popularly known as Omens. She mentioned that the Director is not fit for the position, thus, should be sacked with immediate effect.

“Having considered the content of the audio and the report received from our Ashanti Regional branch, the leadership of GRNMA wishes for the Public Services Commission and government to sack the Regional Director immediately because he is not fit for the Director position in the public service.”

On Tuesday, November 29, 2022, an audio recording of the Ashanti Regional Director of the NSS, Alex Poku Mensah, surfaced in the media space. He is heard hurling insults at a nurse at the Manhyia District Hospital.

Mrs. Ofori-Ampofo said the director had no right to enter the hospital’s premises and verbally abuse and threaten a nurse on duty at the time.

“As a director, he should have known that Manhyia District Hospital had a superintendent and a nurse manager, under whom the nurse in question works. If indeed he had any complaint to make, they were the people he should have engaged and not go to the hospital to fight the nurse on behalf of his daughter”, she said.

She continued that if Mr. Alex Poku Mensah is not relieved of his duty as the Ashanti Regional Director of the National Service Scheme within the next 72 hours, the nurses and midwives of the Manhyia District Hospital will be called upon to lay down their tools. She also said the development may then be extended to the entire region and the country.

She assured the nurses and midwives of the hospital to go about their duties until otherwise directed by the leaders of the Association and encouraged them to continue to provide quality nursing and midwifery services to Ghanaians.

She also urged the Management of the hospital to educate the house officer on her role in the medical team and advised persons holding high positions in the public or civil service not to use their positions to issue threats, undermine, or intimidate the people they are to serve.

Meanwhile, the Ashanti Regional Branch of the GRNMA has been directed to report Mr. Mensah’s verbal abuse and threats against the nurse to the Police immediately and report the same to the Association’s headquarters.