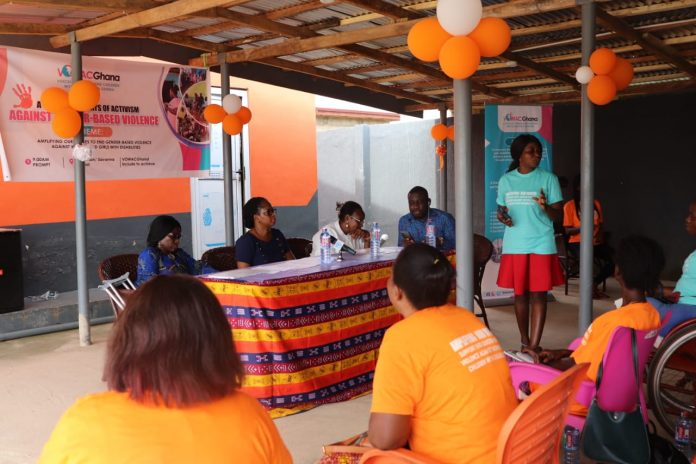 She said women, children, and persons with disability continued to suffer multiple challenges like discrimination, sexual abuse and social exclusion in the country rendering them vulnerable and marginalised in society and urged the Government up its support for them.

The Ag. Executive Director expressed worry as women and children with disability faced multiple forms of discrimination in accessing health care services, education, employment and domestic violence as well as other forms of abuse meted to them.

Mrs Mahmood said majority of those persons suffered in silence and were unable to seek justice as perpetrators went unpunished.

She said: ” We do not have a voice and lots of institutions and structural barriers hinder our participation in life, the justice and other institutions responsible for addressing violence are mostly unfriendly to us.”

Dr. Augustina Naami, Lecturer at the Department of Social Work, University of Ghana, said all forms of gender based violence and discrimination was still rife as women with disability continued to face multiple challenges and had become disadvantaged in society.

Dr. Naami said about 35 percent of women had experienced some form of violence in their lifetime and that the number could be higher in developing countries.

“One important thing about women with disability is that their perpetrators specifically target them, they face social exclusion, rejection by family, unable to make friends who think disability is contagious, limited mobility and inaccessible environment in general, ” she added.

According to Dr. Naami, violence against women with disability should be a concern for everyone and that they needed to be included in all decisions that affected their lives.

She called for empowerment for women and girls with disabilities to know about their rights and take necessary actions against their perpetrators.

Madam Esther Akua Gyamfi, Executive Secretary, National Council for Persons With Disability (NCPD), noted that gender-based violence was the most common form of violence experienced by women and girls, including those with disability, who were at a greater risk.

“We need to open our eyes to any act of gender-based violence that resulted in physical , sexual or mental harm, coercion or arbitrary deprivation of liberty , whether occurring in public or in private life, ” she said.

Madam Akua Gyamfi said government had represented disability issues into the National Medium-Term Development framework for (2022-2025), through which opportunities would be created targeting all categories and age range of persons with disabilities.