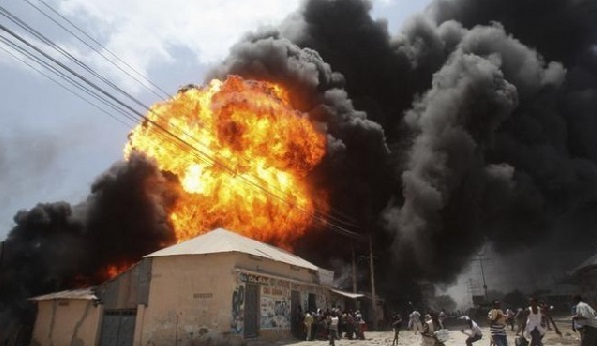 Two hundred fire volunteers have been trained in 15 communities in six districts to protect the environment and farm produce against destruction by fire, as the country enters into the harmattan season.

They were trained by two environmental protection non-governmental organisations (NGOs), EcoCare Ghana and Tropenbos Ghana, in partnership with the Ghana National Fire Service (GNFS) and co-funded by the European Union, during a two-day programme.

The training was organised at Akumadan in the Offinso North District, during which 12 young people were selected from each of the 15 communities and trained in how to combat bush fires to save lives and investments.

The trainees were taken through vigorous firefighting technics, detection of fire, how to create fire belts, natural and artificial causes of fire, measures of controlling bush fire, causes and spread of fire and the tools and equipment needed to combat bushfire, among others.

The volunteers are expected to be provided with some fire safety apparatus such as safety wear, reflectors and gloves among others after the training.

The Campaigner of EcoCare Ghana, Patience Padikie Olesu-Adjei, told the Daily Graphic, that the two NGOs had implemented Land Scape and Environmental Agility Across the Nation (LEAN) project to support national efforts to conserve biodiversity.

The project, according to her, aimed at improving the livelihoods of small-scale farmers, building climate resilience and reducing emissions from land use changes across Ghana’s Savannah, high forest and transitional zones.

She said under the LEAN project, the two organisations had planted more than 400,000 trees in the transitional land scape.

Mrs Olesu-Adjei said there were 60 communities under the project, out of which 15 had been selected to participate in the first batch of the training exercise.

She said the fire volunteers were to help protect farm produce, trees planted under the LEAN projects and the environment as a whole.

Mrs Olesu-Adjei said the formation of fire volunteers in the transitional land scape was part of commitment of the two organisations to protect their investment and that of farmers.

She said the transitional zone had been identified as a fire prone area, explaining that getting to the dry season, it was appropriate for them to put in place measures to protect the area from fire.

For his part, the Bono East Regional Rural Fire Coordinator of the GNFS, DOIII Obed Kwasi Boadi, called for the enforcement of bushfire laws to protect lives and property.

He said the strict adherence to the ban on the use of fire for hunting across the country would curb bush fires which continue to negatively affect the country.

DOIII Boadi mentioned the disappearance of vegetation cover, erosion of plant species, destruction of farm produce, loss of major forest reserves, death of animals and break in water cycle as some of the negative effects of bushfires.