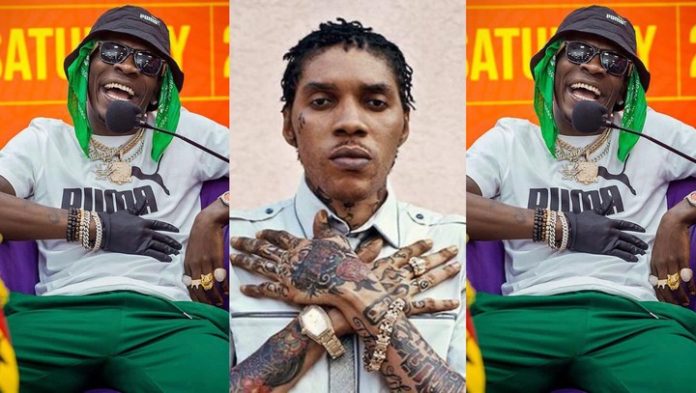 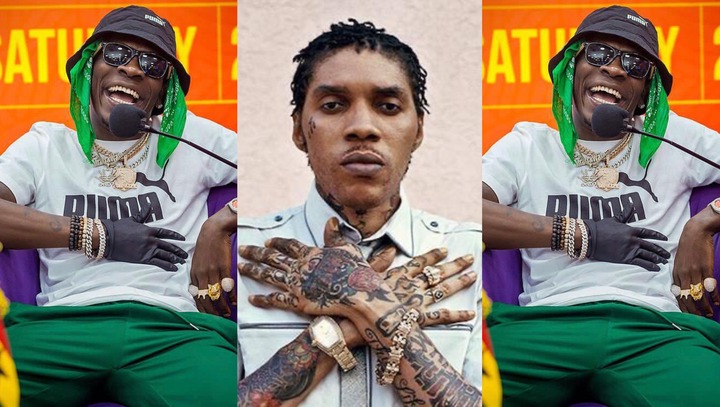 African Dancehall King, Shatta Wale describes the world’s boss of Dancehall, Vybz Kartel as a ‘Teacher of Life’ from whom he learned a lot about life.

Shatta Wale as we all know is a big fan of Vybz Kartel and a proud member of the Gaza family. News has it that Shatta Wale has featured the Dancehall boss, Kartel on his yet-to-release album with a song titled ‘Mansa Musa’.

According to Shatta Wale, it has always been his dream to meet Vybz Kartel, shake and knee before him to thank him for all he has taught him and also for serving as his mentor who he appreciates a lot.

“It has always been my dream to see you, shake hands and kneel before you to say a big thank you for all you have thought me as a “TEACHER OF LIFE”.✊So many times I watch your ways and I see it’s Godly. Man will never understand how God has created you but from afar I see your light shining bright like the morning sun,” Shatta Wale said

“The world shall witness your release and will understand why I love you so much “WORL’ BOSS” It’s Sunday and I just said a prayer for you🙏 Stay strong Big brother, Daddy, King, and Teacher. God is about to do a miracle in your life … God bless you once again for everything you have done for me 🙏,” Shatta Wale continues

The African Dancehall King went on to sympathize with Vybz Kartel and also sent him good wishes and luck so he can be released soon. 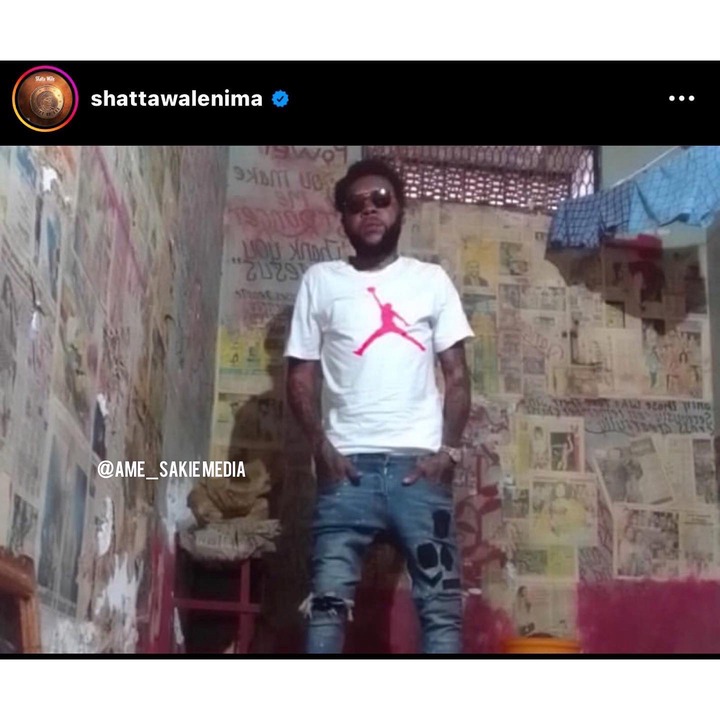 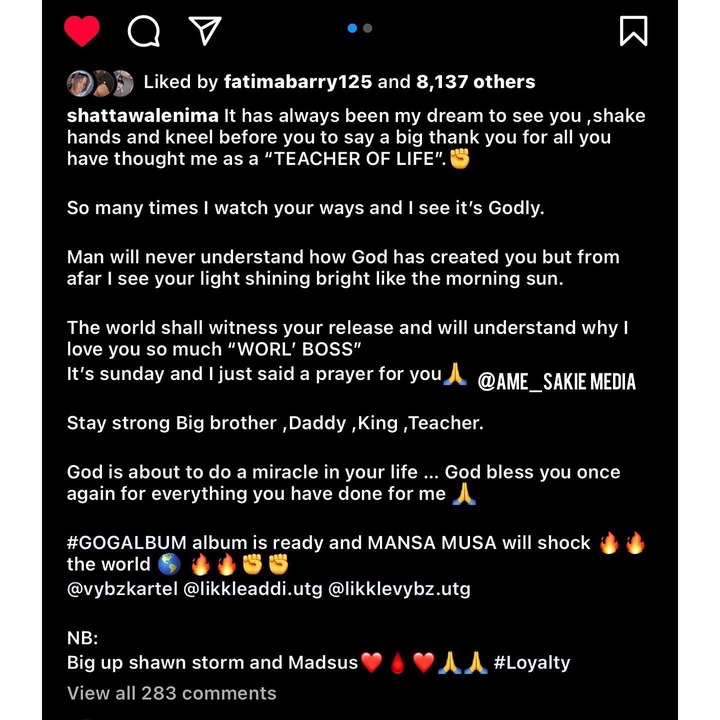