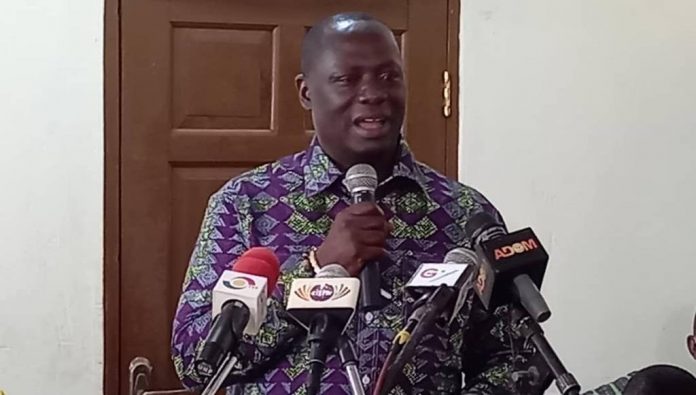 The Minority in Parliament has described the government’s flagship policy, One District One Factory, as a failed programme.

According to the Minority, the policy has failed to drastically cut down on the country’s imports.

The comment by the Minority comes on the back of the government’s withdrawal of FX support to importers of some food items such as rice and poultry.

Speaking to journalists, the Ranking Member on the Trade, Industry and Tourism Committee of Parliament, Emmanuel Armah Kofi Buah said the government must initiate policies that inure to the benefit of the citizenry.

“Unfortunately, as we speak, this government’s flagship policy of One District, One Factory…has that been able to really address one problem of the things we import? Can we point to one factory in the last seven years and say because of 1D1F, we are no longer importing rice or poultry?”

Meanwhile, the Minority in Parliament has also served notice that it will thoroughly scrutinize the amount of money the government is pumping into the National Cathedral.

Minority Leader, Haruna Iddrisu, said there are so many controversies and lack of openness in the building of the project that needs to be answered and assured that no stone will be left unturned when the 2023 budget is tabled for debate on Tuesday, November 29.

The project has seen a lot of controversies, as many Ghanaians continue to question the prudence of the state financing an edifice that is said to be President Akufo-Addo’s personal pledge to God.

While assuring that the Minority Caucus is not against the building of such a monument, Haruna Iddrisu at a post-budget engagement in Ho, observed what he said were needful answers on the budgetary allocation, procurement, and other matters, missing from the conversation.

“Ghana is a secular state and a Republic which guarantees freedom of faith, freedom of conscience, and freedom of religion but when you make a budgetary allocation for the construction of a national cathedral at GH¢80 million, we must know what is the total cost of that project, how were procurements undertaken to assure value for money, what is the duration of the project, how much will it cost the State and when will the project be completed.”

“These are needful questions we will ask while we support it,” he added.