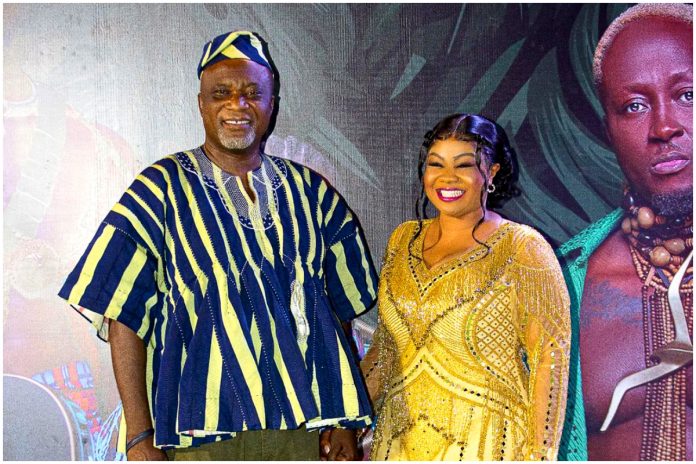 Gospel musician and the wife of a member of the New Patriotic Party Mr. Hopeson Adorye, Empress Gifty has lambasted a troll who made fun of her husband’s dismissal.

Mr. Hopeson Adorye was reportedly sacked from his job a few days ago with National Security. His dismissal was made public by the politician during an interview.

Speaking about the reason for his dismissal in an interview on Onua FM, Mr. Adorye said that he lost his job mainly because of his staunch support for an NPP flagbearer hopeful, Alan Kyerematen.

“God will cater for us, we will eat, uncle (referring to the show host), God has got us. As we toiled in opposition for Akufo-Addo to come to power, we will do the same for Alan Kwadwo Kyerematen to come,” he said.

His wife, Empress Gifty shared a video to console and encourage her husband after his dismissal. In the midst of the news of his dismissal, a social media troll took to the comment section of the singer to provoke her.

She commented under Gifty’s post, “Social media stunts, within u paaaa de3 madam ka nokore kakraa wai, u are afraid of insults 🙄🤣🤣🤣🤣”.

In response, Empress Gifty said, “@afiapomaaaspire u re a big fool”.

READ ALSO: Some artists are refusing to feature on my songs – Smallgod laments