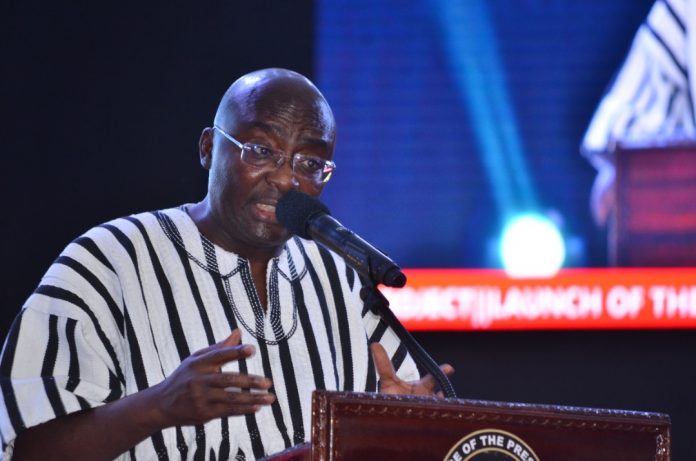 A US$150 million project aimed at improving socio-economic resilience of communities heavily hit by food insecurity, climate change, conflict and violence in six regions has been launched.

The multi-country project dubbed “Gulf of Guinea Northern Regions Social Cohesion (SOCO) project, aside Ghana is also being implemented in Togo, Benin and Cote d’Ivoire, where citizens suffer from issues of conflict and violence as a result of happenings in the Sahel region.

The total financing of the project, which is a $450 million credit facility, is from the World Bank out of which Ghana’s share is $ 150 million.

Cote d’Ivoire’s share is also $150 million while that of Togo and Benin is $75 million each.

Those of the Savanna region are Sawla-Tuna-Kalba, North Gonja, Bole and North-East Gonja.

The project is expected to deliver about 1,406 socio-economic community level climate change resilient infrastructure through a community driven approach.

Additionally, it will also provide support for the northern parts of the Gulf of Guinea countries that are hardest hit by fragilities due to food insecurity, climate change, conflict and violence.

The well-attended ceremony was graced by high profile personalities, traditional rulers as well as staff of the beneficiary MMDAs.

Launching the project in Bolgatanga last Friday, November 25, 2022, the Vice-President, Dr Mahamudu Bawumia, said the project is a very important and timely intervention aimed at addressing some of the key emerging and recurring challenges in the northern part of the country.

He said the project was conceived and designed to address effects of the spill-over of conflicts and extremism from the Sahel region due to the vulnerability and exposure to the impact of climate change.

He said “this project focuses on dealing with issues relating to fragilities, conflict and violence in the northern part of Ghana”, saying “ this is very significant as countries all over the world were pursuing strategies to deal with issues of conflict, violence and climate change”.

“In the just ended COP27 conference on climate change as well as other international conferences provided clear indications of the urgency of dealing with these challenges, particularly food insecurity for the benefit of the people” Dr Bawumia said.

He said the SOCO project as conceptualized took cognisance of the regional expected impact of the issues common to the four implementing countries while enabling country-led actions and interventions to address local needs.

The Vice-President said the project is very much in line with the government’s development agenda as it further reflected in key policies, programmes and frameworks aimed at improving the lives of the people.

“It is expected that the project will contribute immensely to improving the socio-economic resilience of target communities and provide an avenue to coordinate local level investment and improve dialogue among the implementing nations” he noted.

He further entreated all the participating agencies both at the national and local levels to remain committed to the implementation of the project towards achieving the desired goals, adding “the SOCO project is expected to create jobs, improve access to basic socio-economic services, among others”.

Dr Bawumia stressed “it is my hope that everyone will be committed so that the project can make the needed impact and bring the expected change in the selected vulnerable communities”, indicating “I wish to caution all implementing agencies that implementation delays will not be tolerated.

Additionally, he commended the World Bank for the credit facility to complement the government’s efforts in building resilient human settlement for the benefit of all people.

Not business as usual

The Minister of Local Government, Decentralisation and Rural Development, Daniel K. Botwe, said the ministry will ensure that the project is successful to address the needs of the people in the beneficiary communities.

He said ” I want to assure all our development partners that the government will not tolerate business as usual but will ensure that there is value for money”.

He noted that the aspirations of the people will be met after the successful implementation of the project.

The World Bank Country Director,  Pierre Frank Laporte, said the World Bank is deeply committed to collaborating with the government of Ghana through the new country partnership framework to address spatial and other inequalities, improve socio-economic and governance to promote inclusive growth and poverty reduction.

He stated that the SOCO project is a specific example of targeting vulnerable communities in the North to proactively prevent the spread of conflict from the Sahel, reduce vulnerability to climate change and strengthen local institutions.

He said ” the project recognised the need for multifaceted approach of investing in community level infrastructure that effectively responds to local needs and improves local economic opportunities, among others.

“Going forward, we are also exploring a rural development engagement that would address a range of issues including access to water, transport and services” Mr Laporte said.

The Paramount Chief of the Nangodi Traditional Area, Naba Kosom Asaga Yelzoya II, who chaired the event, urged the implementing officers to ensure that the project is effectively and efficiently executed.