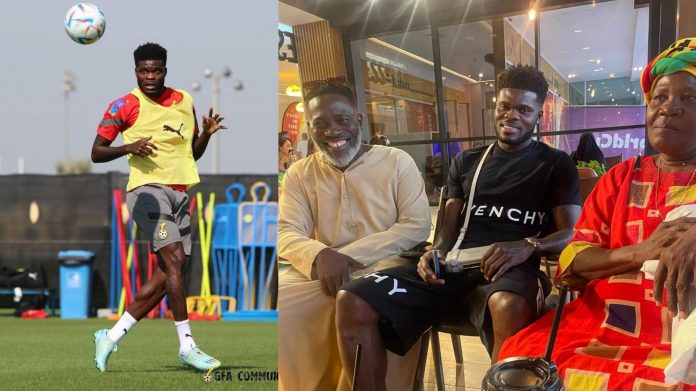 He said the presence of his parents at the stadium gave him extra motivation to give out his all in the game.

Speaking to Ghanaweb after the game, the Arsenal midfielder said there’s added motivation with his parents in Qatar for the World Cup.

Partey also says he understands some of the criticism he gets because a lot is expected of him but adds he needs to find the balance of seeing the good in it so it doesn’t demotivate him.

Ghana beat South Korea 3-2 in their second World Cup game in Qatar. Following their loss against Portugal in the first game, Ghana needed to avoid a defeat to have any chance of staying in the tournament.

South Korea started the second half with one mission which was to attack. The Koreans started playing crosses into the box to unsettle the defence of Otto Addo’s men.

However, Mohammed Kudus grabbed his second on the day, taking the Black Stars of Ghana into a 3-2 win. He became the man of the match.