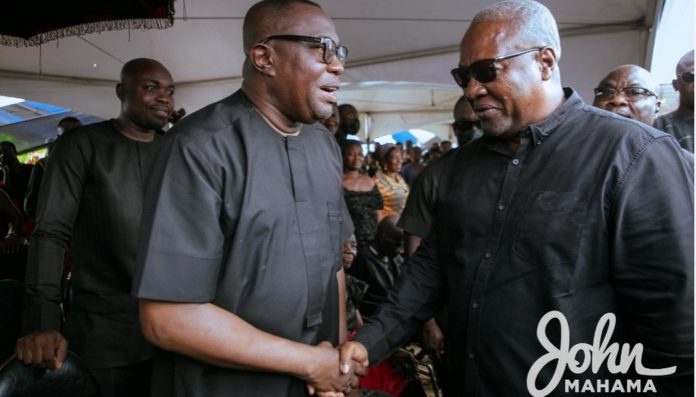 The ceremony, which had former President John Mahama and scores of NDC bigwigs in attendance, took place on Friday.

It was held at Koforidua Jubilee Park in the Eastern Region.

Present to mourn with Mr Ofosu-Ampofo was the NDC General Secretary, Johnson Asiedu Nketia, who was accompanied by the Eastern Regional Chairman, Mark Oliver Kevor and other executives.

Auntie May, as she was popularly known, was said to have passed on on the morning of Monday, October 31, 2022.

The incident occurred at the Eastern Regional Hospital.