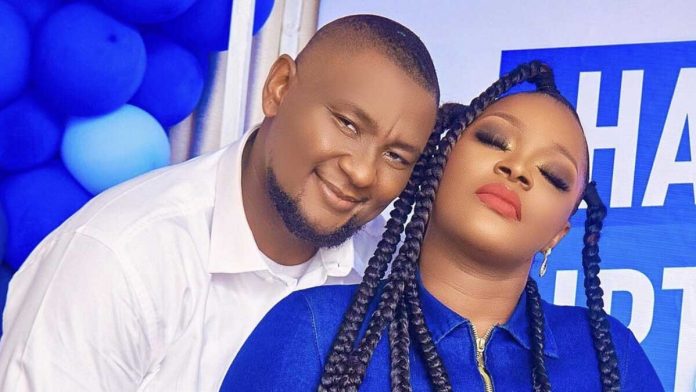 A viral clip of actress Chacha Eke reportedly testifying in a Church , November 27, 2022, and appreciating her estranged husband, Austin Fanni for sticking with her despite her mental struggle, has surfaced online.

Nation Scoops reported few months ago that, the actress announced her separation from her husband and father of her four kids, Austin Fanni.

Detailing why she left her marriage, Chacha Eke said she chose to quit while she was still alive than leave as a corpse.

“Many have died pretending all is well whilst wishing, hoping, and praying for a better tomorrow.
I don’t want to “die” or go inexplicably “missing”. I sincerely and publicly apologize for living a lie these past years. True to random speculations, there has been trouble in my “perceived paradise”.

For the 2nd time in 2years, I am here again on social media boldly declaring that I am done with my marriage. My long overdue/relentless stance on this is of course no news to Austin Faani, the doctors, and my parents.” she announced.

However, while testifying in the church today, she revealed that she is back with her husband again, and thanked him for sticking with her during her trying mental health state.

Many Netizens have reacted to the video with disappointment as this is literally the umpteenth time she will be returning to her husband after claims of being a victim of domestic violence in their marriage.