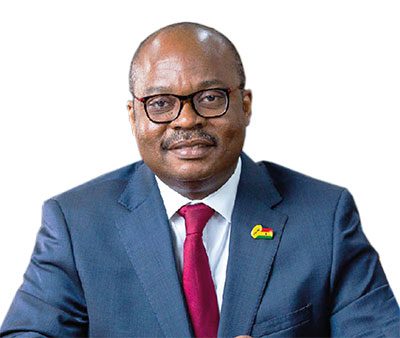 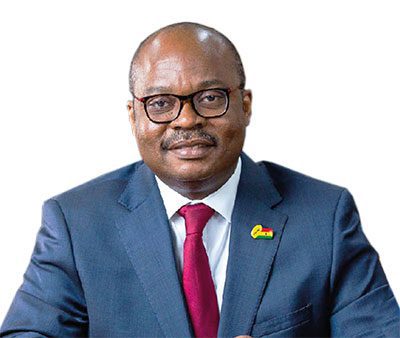 The banking sector recorded strong asset growth and improved profitability but there are strong signs of emerging spillover effects from the recent macroeconomic challenges, Governor of the Bank of Ghana, Dr Ernest Addison has said.

He stated that total assets of the banking industry amounted to GH¢249.9 billion (an annual growth of 43.7 percent) at the end of October 2022.

Underpinning the growth in assets was sustained growth in deposits and borrowings, as well as the revaluation effect of the foreign currency component of key balance sheet indicators, he said.

Speaking at the Monetary Policy Committee (MPC) press conference in Accra on Monday November 28, Dr Addison said total investments increased by 1.9 percent to GH¢85billion in October 2022, compared with a growth of 25.5 percent during the same period last year. Gross advances, on the other hand, increased sharply by 57.5 percent to GH¢81.2 billion, relative to GH¢51.6 billion in October 2021.

The industry’s Capital Adequacy Ratio (CAR) was 14.2 percent as at October 2022, above the prudential minimum of 13.0 percent, but shows a sharp decline from 19.8 percent recorded a year earlier.

“The reduction in the CAR levels broadly reflects the impact of ongoing macroeconomic developments, including the currency depreciation and the mark-to-market investment losses by some banks, as well as the continued growth in actual credit on the risk-weighted assets of banks. However, the NonPerforming Loans (NPL) ratio improved from 16.4 percent in October 2021 to 14 percent in October 2022, on account of the higher growth in credit relative to the increase in the NPL stock.

“The banking sector remained profitable with profit-after-tax for the first ten months
of 2022 at GH¢4.4 billion, representing an increase of 17.2 percent, compared with 10 percent growth during the same period last year. Net interest income grew by 22.7 percent to GH¢12.8 billion, higher than the 15.2 percent growth.

“Net fees and commissions also grew by 25.4 percent to GH¢2.9 billion, compared with 22.9 percent growth over the same comparative period. Operating income accordingly rose by 27 percent, higher than the corresponding growth of 14.3 percent in 2021.

“The industry’s operating expenses increased by 28.1 percent in October 2022, compared with 11 percent for same period in 2021, on the back of the current challenging operating environment. Loan loss provisions also went up significantly, reflecting the pickup in credit growth and elevated credit risks,” he stressed.