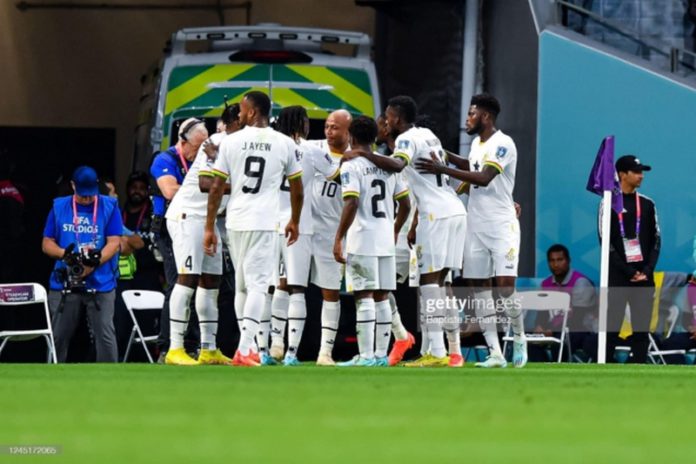 Trade and Industry Minister, Alan Kyerematen, has congratulated the Black Stars on their victory over their South Korean counterparts in the ongoing 2022 FIFA World Cup in Qatar.

The Minister took to social to show his love for the performance of the senior national team after Ghana secured the 3-2 victory.

A brace from the hugely talented Mohammed Kudus added to an opener from Mohammed Salisu to send the Black Stars on their way.

“Congratulations to the Black Stars on their impressive 3-2 victory over South Korea today in the ongoing 2022 FIFA World Cup in Qatar.

“The players exhibited a sense of discipline, resilience and determination to fight till the last whistle. All of Ghana is behind you. March on gallantly as you do battle in the next matches and bring glory to our motherland,” parts of his Facebook post read.

He further encouraged the team to prepare for their next game adding, “go for gold”.

The Black Stars will book a place in the last 16 if they emerge winner against Uruguay, in their last Gruop stage match of the campaign.

A second place finish could set up Ghana versus Brazil clash at the ongoing football festival.