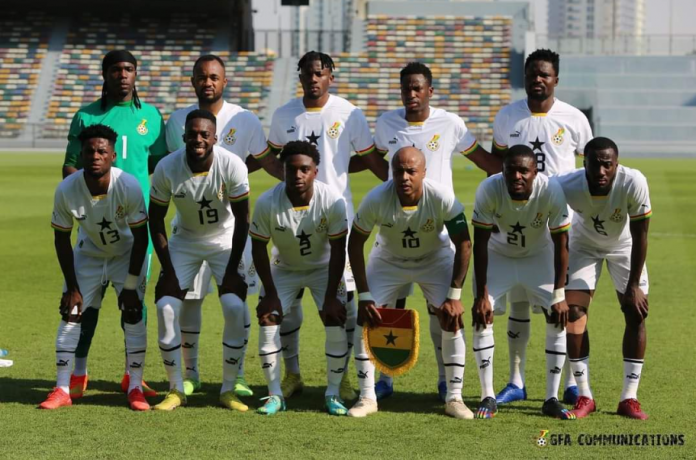 South Korea and Ghana will meet in the Group H fixture on on Monday, November 28.

The game will be played at the Education City Stadium in Doha.

What time is South Korea vs Ghana?

There was worry that Son Heung-min might not be at his best for South Korea as he came into the tournament with an injury that threatened his involvement in Qatar.

But, sporting a Batman-like mask, he looked as sharp as ever in his side’s opening game against Uruguay which will be a real relief to his manager Paulo Bento.

Ghana came through their defeat to Portugal without any injury worries so they too will have a full squad to choose from for the clash with South Korea.

Given the way they battled against one of the stronger teams at the World Cup, it is hard to anticipate any changes in their starting XI.

South Korea were impressive in their first game of the tournament. They were largely expected to struggle against Uruguay but, for much of the game, they were the better team.

They kept the likes of Luis Suarez and Darwin Nunez extremely quiet and had chances themselves to win the game but had to settle for a goalless draw.

Ghana were equally resolute in the way they fought against Portugal in their first game. They came from behind to draw level after Cristiano Ronaldo’s penalty and nearly did the same in the dying seconds after a couple of quickfire goals from Joao Felix and Rafael Leao.

Substitute Osman Bukari pulled one back in the 89th minute before Inaki Williams slipped at the vital moment after stealing the ball from Diogo Costa. It wasn’t to be for the Ghanaians but they will take great confidence from the defeat.

South Korea could take a big step towards progression to the last 16 with a win against Ghana while the Africans get their World Cup back on track with three points.

A defeat for Ghana would potentially send them out of the tournament, depending on the result in Portugal’s meeting with Uruguay.

A share of the points wouldn’t be too beneficial for either team so, hopefully, there will be plenty of front-foot, attacking football to enjoy.