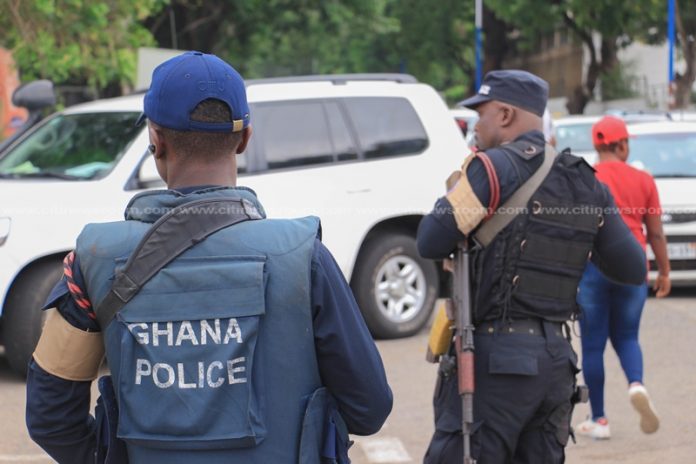 A political pressure group, Justice4Ghana, is accusing the Ghana Police Service of controlling and preventing the legitimate exercise of democratic rights to a demonstration.

The group in a statement said the Police Service has frustrated its planned demonstrations, including a picket scheduled for Monday through to Wednesday, at the revolution square in Accra.

The protests would have been to demand the resignation of the Finance Minister and President Akufo-Addo.

Justice4Ghana in a statement thus urged the Ghana Police Service to allow citizens to exercise their rights.

“The proclivity of State institutions and overzealous public officers, including Police officers, seeking to please the Executive or President must stop.”

“The result of the blocking of the Legal and Constitutional routes of Law-Abiding Citizens in some countries are well known. On that score, we caution the Ghana Police to disembark from the perilous path it is taking our beloved country. It certainly bodes ill for the stability of our cherished democracy,” the group added. 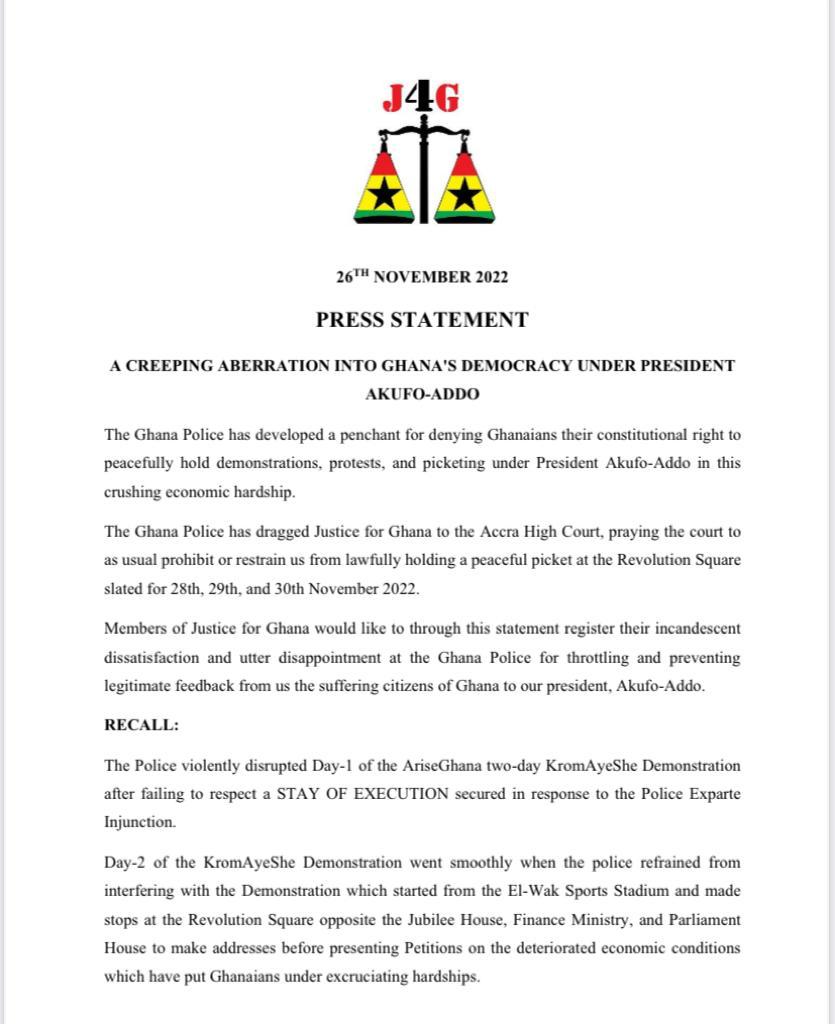 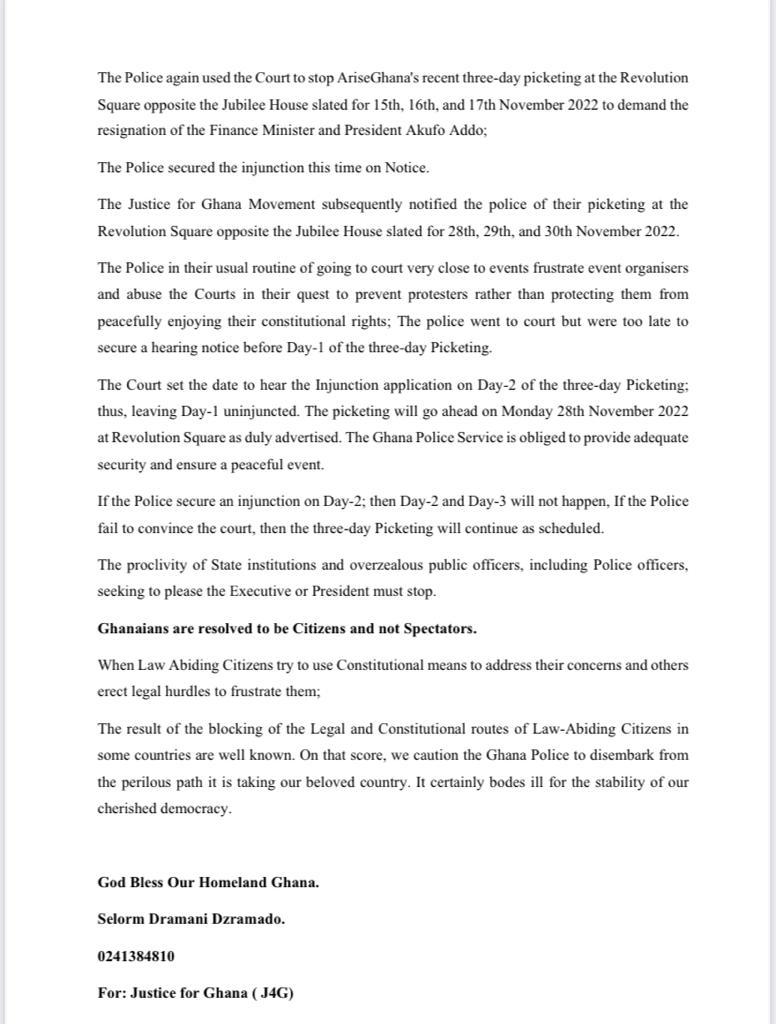